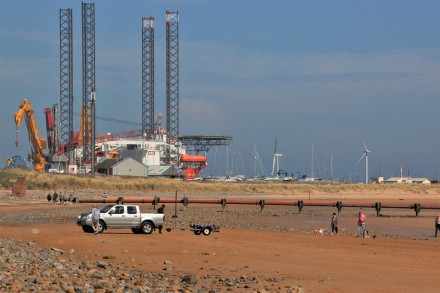 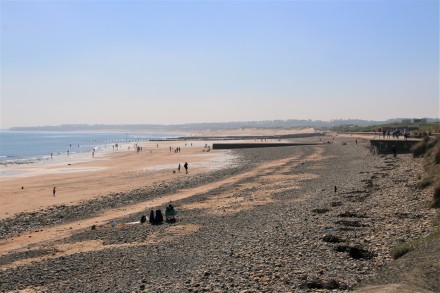 The busy, port town of Blyth anchors the northern end of a long stretch of golden sandy beach. There has been a settlement here since the 12th century but it was in the early part of the 18th century that real developments took place with the rise of coal mining, ship building, the railway and modern fishing methods. The port handles more than 1.5m tonnes of cargo each year. On the edge of the town the coast road passes a marine engineering business where huge wheels of cable can be seen through the railings, along with the rising skeletons of deep-sea drilling rigs.

The southern end of this magnificent beach is anchored by the village of Seaton Sluice. All the way along grassy dunes run behind the golden sands. The village with pubs, shops and cafes, is at the mouth of the Seaton Burn and has a small harbour, created in1660, to export coal & salt. 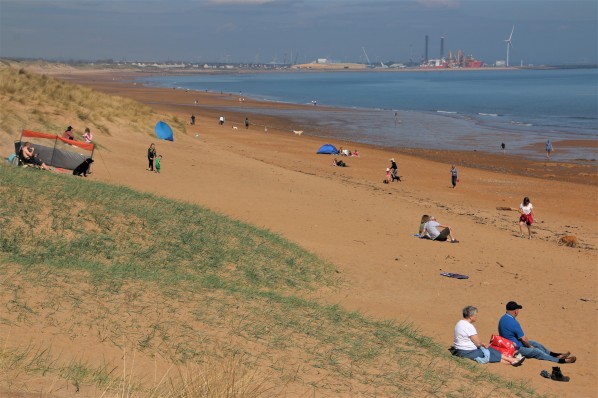 The coastline from Blyth down to Tynemouth consists of wide beaches of glorious soft sand, backed by imposing dunes in places, but more often by low cliffs which provide more sturdy foundations for resort towns to grow up catering for Newcastle’s working population and an increasing number of visitors.

St Mary’s Lighthouse was built on a small rocky island on the site of an 11th century monastic chapel. It is reached by a causeway at low tide. The monks maintained a lantern on the tower to warn passing ships of the danger of the rocks. It was completed in 1898 but went out of operation in 1984. The lighthouse, and the former keepers’ cottages, are now open to the public with great views for those prepared to climb the 137 spiral steps to the top. The island contains rockpools, clifftop grassland and a beach. 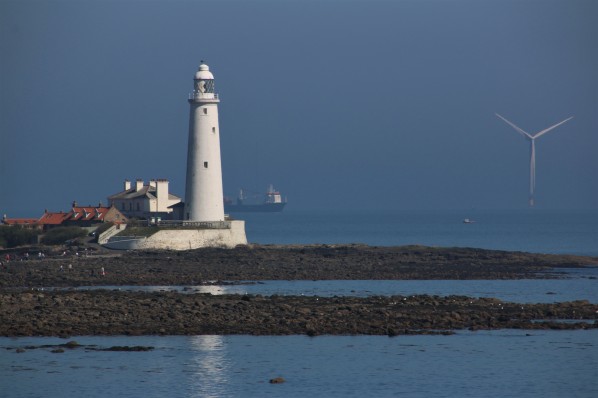 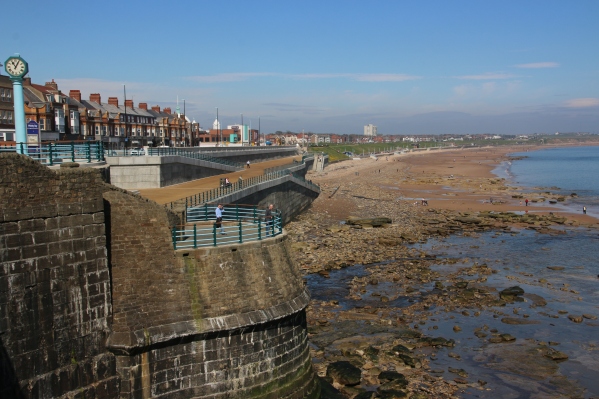 All along here the shore reveals evidence of a long history of coal mining, many seams dug far out under the sea. The decline of coal mining coincided with the emergence of several seaside holiday resorts. Whitley Bay was one of these. The North Tyne Loop railway was opened in 1882 and connected a number of coastal villages to Newcastle. Today’s metro system follows the same line and it is not uncommon to see folk travelling out from the centre of the city in their beachwear and flipflops. The areas around Spanish City and the promenade have been redeveloped and the town has a lively night scene, particularly at weekends.

Cullercoats was founded in 1539 as a fishing harbour. As a port, salt and coal were exported from here. However, the salt industry declined and the growth of the railways led to coal going elsewhere. The last salt pans moved to Blyth in 1726. In the 19th century, piers were built on either side of the harbour to provide shelter for the many open top fishing vessels, called cobles. At the same time, they created a safe beach making it popular for families and young people alike. Dove Marine Laboratory is a research centre for Newcastle University. 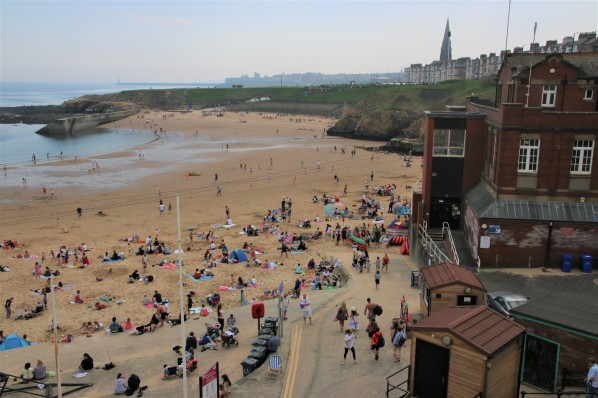 The ruins of Tynemouth priory and castle stand on a rocky headland at the mouth of the River Tyne. In the 7th century a monastery was built here and later fortified. During troubles with Scotland, English kings and queens stayed in the castle and priory. Villagers settled in the shelter of this fortified priory. Around 1325 the priory built a port for fishing and trading. 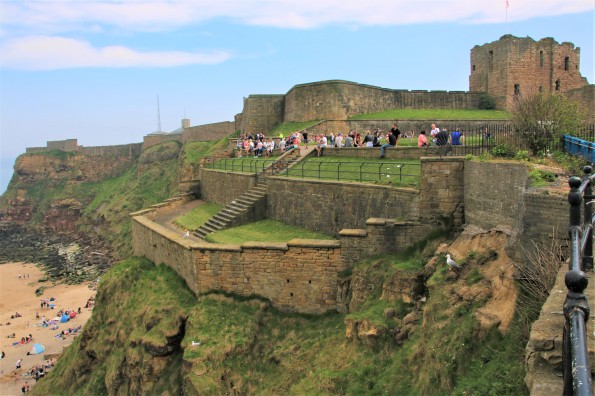 From the foot of the priory cliff a huge, long breakwater stretches out to sea, forming the northern half of the sea defences to the mouth of the River Tyne. The centre part of its original curved design, completed in 1895, was destroyed by a storm. A new pier with a straighter line replaced it and in 1909 a lighthouse was built at the sea end. A broad walkway on the top allows locals and visitors to stroll along its length when the weather is clement. 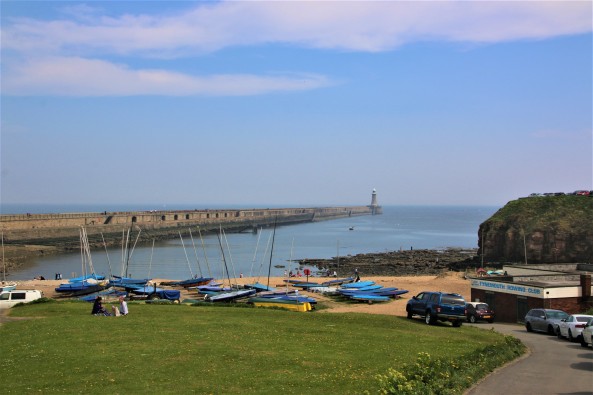 The main part of the town stands back from the cliffs, its many popular bars and restaurants and coffee-shops make it an attractive destination for holiday makers from all over. Historic buildings and grand houses share the sky-line above the award-winning beaches which attract many visitors. Georgian terraces are around the corner from Victorian ship-owners’ houses and executive homes from more modern times. 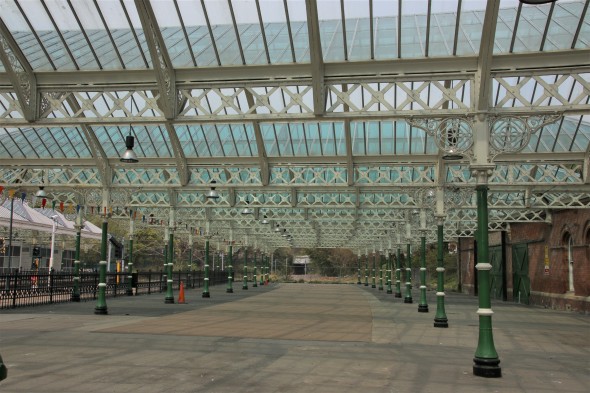