Georgia are playing Uruguay in the 2019 Rugby World Cup today. So the day has to start in a bar in the old town. The idea of going to a bar to watch sport has not reached Georgia. There was a dozen or so expats and a handful of very passionate locals. Still, at least they opened early and were showing it…..and Georgia won. 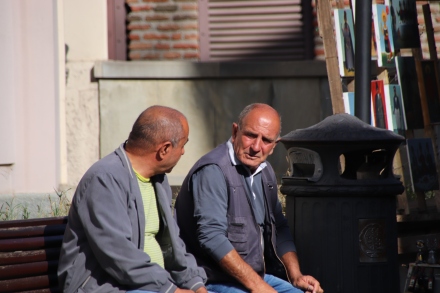 So then I had to play a bit of catch up.

The drive north out of Tbilisi on the Georgian Military Highway is awesome. We follow the river out of the city and soon start to wind our way through the Caucasus Mountains. It is wide at this point, maybe 500 metres across. Well into the mountains a reservoir has been formed behind a large dam, creating the energy to generate hydro-electric power. Behind it the river bubbles along in a shallow channel lacking any real force until the spring snows melt.

The rest of the width of the valley is taken up by rusty excavating machinery collecting gravel and sand. Inflatables lie in clusters waiting for the white water and the tourists. We pass the occasional village looking idyllic, faded houses hiding amongst old established fruit trees and mounds of hay. 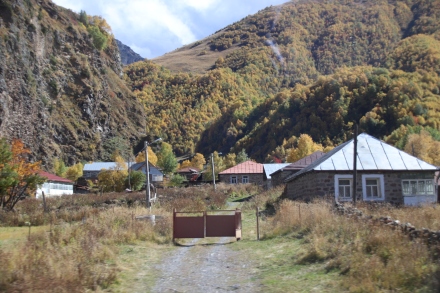 The valley sides, and the slopes behind, have a dense fuzz of low deciduous trees displaying a blanket of turning autumn colours. 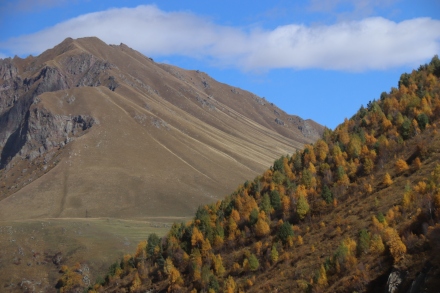 The valley becomes narrower and the road starts to climb into the mountains. The sides close in, the gradient increases, the slopes loose their tree cover and bare rock dominates. These are Georgia’s ski slopes and a fair bit of development is going on. 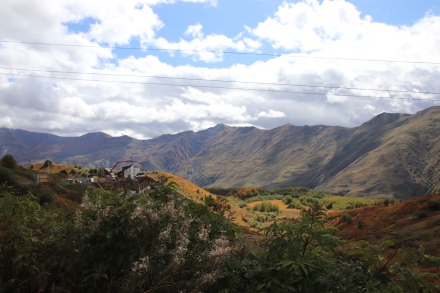 The road was built after the Soviet invasion of Georgia and is the main artery from Russia south. It is used by convoys of heavy lorries which trundle up and over the pass, maneuvering around the mountains bends with great difficulty. 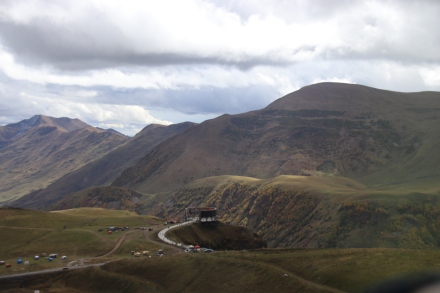 Stephantsminda is a mountain village with one main attraction – Holy Trinity Church. The church stands high above the settlement. 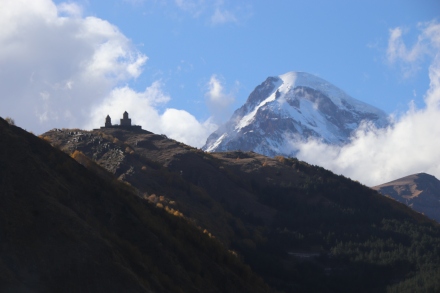 There are two ways to reach it – walk or ride in a jeep. Sorry folks, I took the easy option. The landscape at the top is truly special, especially with the backdrop of autumn yellow in the trees and grasses. 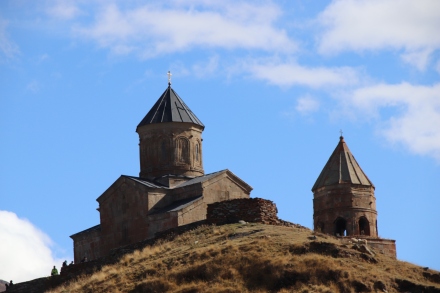 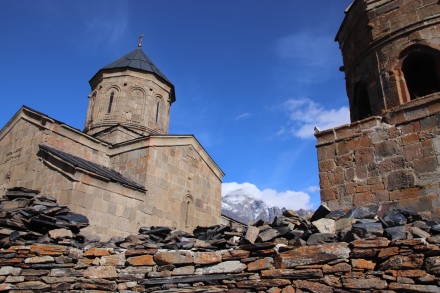 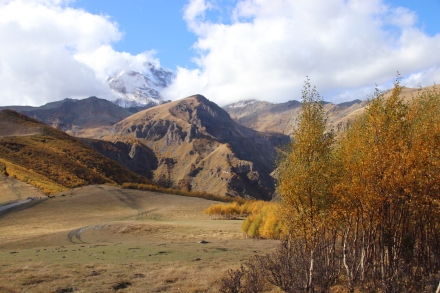 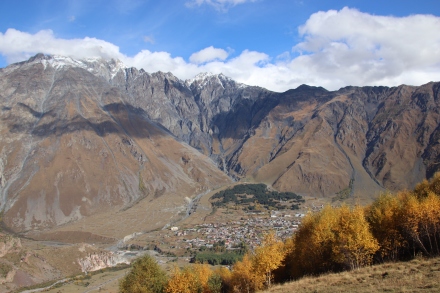 As the sun slopes off, the temperature drops like a stone and cloud starts to whisp in around the houses down in the village, creating layered patterns of bonfire-like haze. 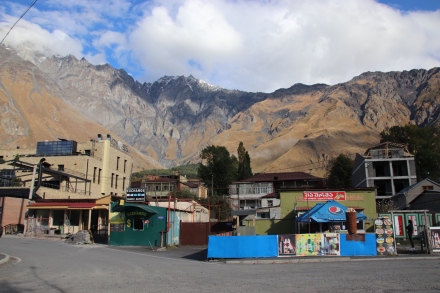