We cross over the border into Georgia and it immediately feels like the different country it is. New language, new alphabet. The place where wine was first produced and where European Man first lived. The world’s first thread was found here, and also honey, thousands of years before Christ. Saint Nino is one of Georgia’s most iconic saints.

And St George is one of the country’s patron saints. Yep, the same as England. Have a look at the Georgian flag. Maybe we’re related.

Georgia has a population of 3.7 million and 1.1 million live in Tbilisi, the capital. 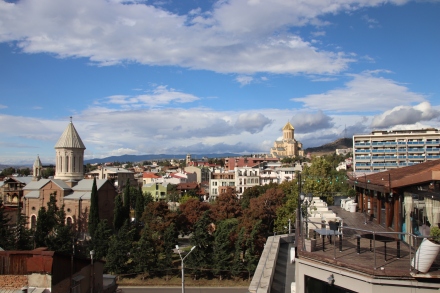 Tbilisi is true to its history. Old and new stand shoulder to shoulder, each contributing to the atmosphere and character of the capital. 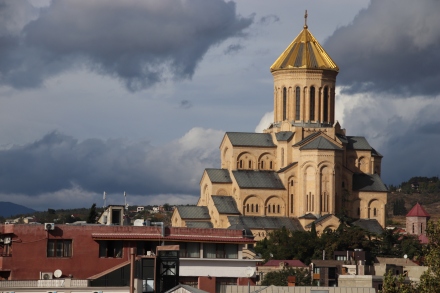 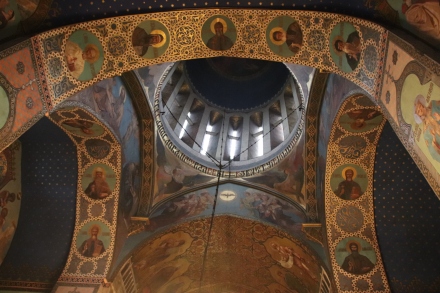 The lemon squeezer towers of the cathedral and 12th century churches and the fortifications standing up on the high ground, overlook the shiny edifices of 21st century architecture. A smart cable car system links the two and making a clear statement that Georgia has arrived.

Most locals live in the many, large estates of 7/8 storey Soviet apartment blocks that cluster around the approaches to the city. The old town is home to many.

Locals are happy to sit and chat on the pavements and squares. 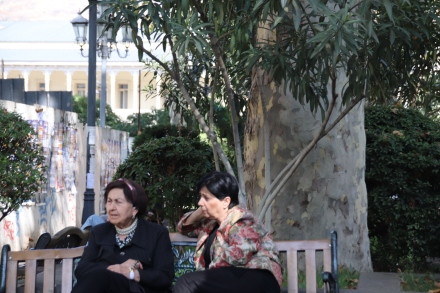 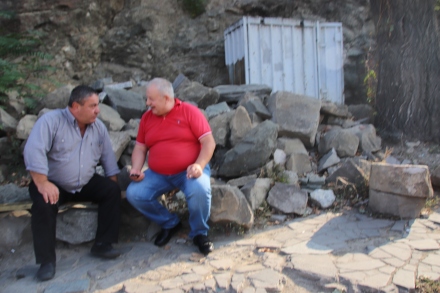 Tbilisi is a bright, vibrant place. Vehicles are modern and buses are bright and clean. Even the Hop On/Off buses look at home and are evidence of a booming tourist scene. Traffic moves freely through the wide tree-lined avenues, not always keeping to the speed limit.

Large parks and open squares combine to give the city its green credentials and a feeling of calm and freshness. The river adds to the feeling of peace and tranquility as it winds its way to the Black Sea.

Initially, Tblisis feels like any other European city. But as you delve deeper the influences of east and west & of ancient and modern are clear to see, giving the city a unique feel. The bathhouse complex, still operating, is one example. 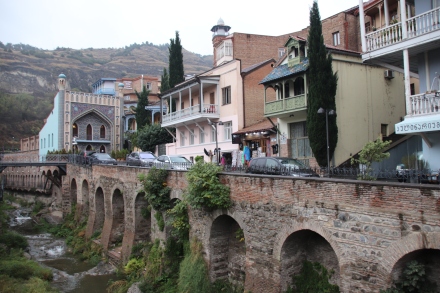 Georgia was on the Silk Route and this is one of the many caravanserai in the cathedral, converted from a resting place for merchants and soldiers into a cultural center. 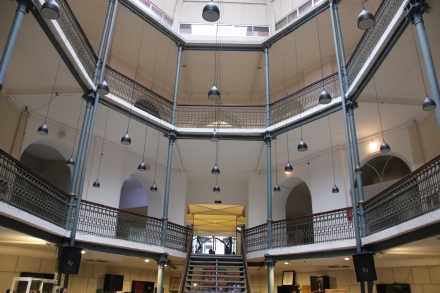 Elegant, modern architecture stands next to glass-roofed government buildings and then to cultural attractions like the puppet theatre, here, with its extravagent@y unique ticket office. 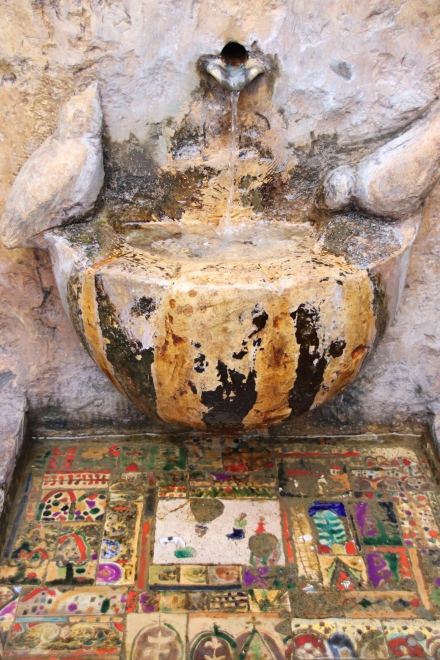 Tbilisi is well worth a visit.