It is another long day’s drive along mountain roads to reach Gangtok. The least said the better although needless to say the rear suspension on the bus found it all too tough & gave up the ghost with a loud clunk. The driver got down to making emergency repairs, squatting underneath the rear axle, while the passengers exercised their posteriors and gained a short relief from the Brocking Bronko fairground ride. 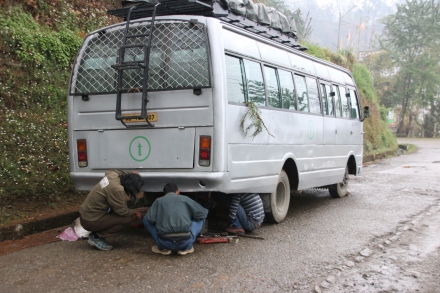 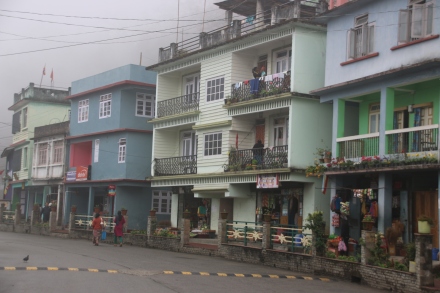 Today is the anniversary of Rama & Sita’s wedding. The Hindu celebrations started in the streets with bells, symbols & chants. It all happens at the temple & is over by midmorning. However it did get me up on the roof for dawn. The sky was clear and, yes, I saw sunrise over the Himalaya (the correct name for the whole range without an ‘s’) and over Gamtok. It was worth the wait. This is Kanchenjunga at 8,586m.

Gamtok is the present day capital of Sikkim. Here are some images of the town centre (apologies, for the two that are a bit wonky because taken out of the front window) and some of the side streets. 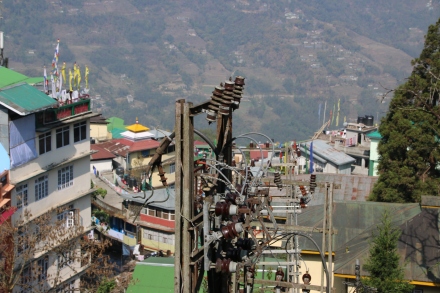 Rumtek Monastery was built in the 1960s and is the headquarters of the Kagyupa sect of Tibetan Buddhism. It an awesome building, its colourful facades towering over monks & novices & visitors & tourists. This is a bit of a Where’s Wally -find the single monk and find the group down the alley & try and work out what is going on. 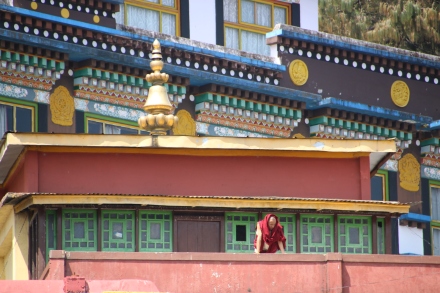 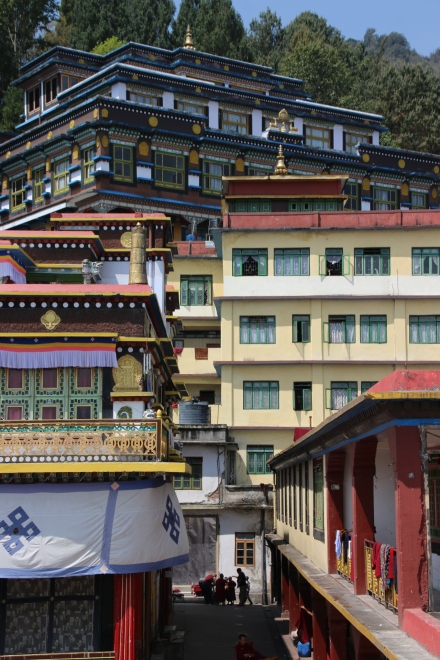 Drodul Chorten is a monastery and a stupa and it has 108 prayer wheels around the central chorten. It was built to commemorate the victory of good over evil. Chants, drums & bells could be heard from the prayer hall. Visitors could only listen from outside – only the Buddhist monks were taking part including these guys from Bhutan. Check out their robe gear – their’s is very David Beckham!