The town was once important for fishing and shipbuilding, with wooden boats being built on the local beaches. The miles of secluded coves around New Quay provided ideal hiding places in the less salubrious, but probably more profitable, trade of smuggling spirits and tobacco. The Pier was built after 1834 and, in 1839, a small stone lighthouse, 30 feet high, was built at its end. A severe storm in 1859 damaged the pier and washed the lighthouse away. 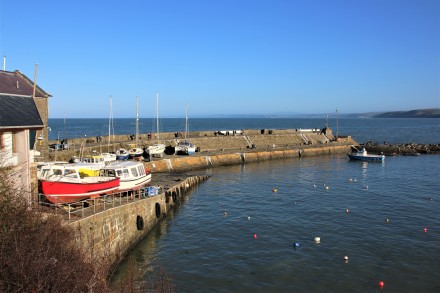 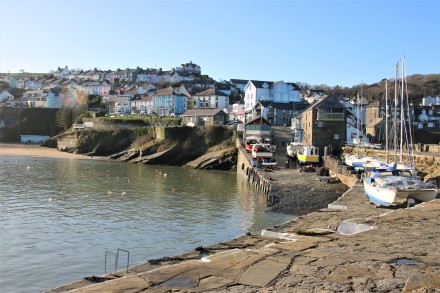 Towards the end of the century, as shipbuilding died out, tourism gradually filled the void with visitors arriving by steamer from Liverpool and Bristol. The earliest motorised bus system was set up by Great Western Railways who established a line from Aberystwyth to Carmarthen in 1860. The buses served to connect local communities to the railway and horse-drawn versions brought visitors from the stations at Aberystwyth and Llandysul in the 1890’s. In the summer, New Quay becomes a bustling and vibrant holiday resort aided by the growth of the caravan industry in areas around the town. The hillside to the north of the town is covered with lines of brightly-painted houses in the shape of a cruise liner. 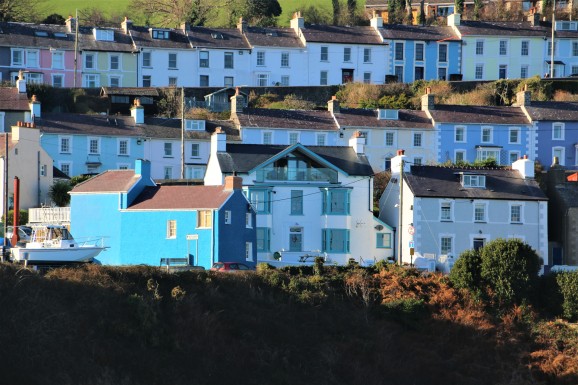 The pretty town of Aberaeron developed from a small fishing village in the 1800’s. The Rev Alban Gwynne designed the harbour to hold back the River Aeron, creating calm waters, today used mostly by recreational craft. At the time there was also a thriving shipbuilding industry when dockyards built both sail and steam vessels. Many of the houses that we see today stem from this time and were built in the Regency style. Many occupants, being seafaring men who travelled the world during the Victorian age, often named their houses after far-off exotic places. it is a popular resort with numerous hotels and restaurants for visiting tourists along with many other attractions. A wooden pedestrian bridge crosses the estuary upstream. 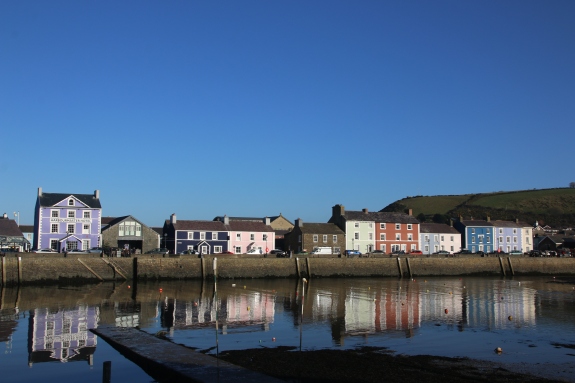 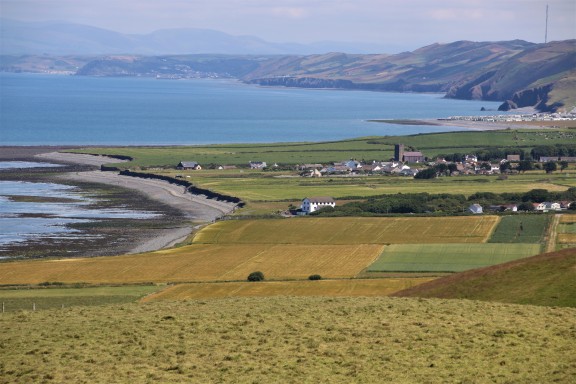 The working part of town is to the south where a terrace of brightly-coloured fisherman’s houses line the pebble beach with the harbour behind the end of the promenade. A blunt, rocky headland is the site of the castle which has been here since 1277. It was razed to the ground by Parliamentary troops in 1649 but three ruined towers still remain to wander around and feel its history. 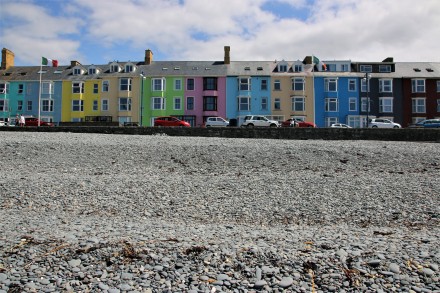 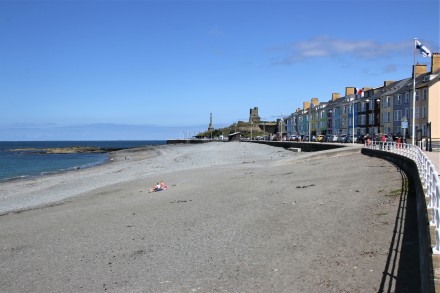 The bluff divides the town’s two beaches. It marks the end of the north beach where much of the seaside activities take place. A visit to Aberystwyth is impossible without a walk or jog along the mile-long Victorian promenade. The seafront boasts the oldest pier in Wales, built in 1864, which offers the second-best vantage point of the town.  The best vantage point is at the end of north beach at the top of Constitution Hill, 150 metres in height, accessible via the longest cliff railway in Britain. At the top, the world’s largest Camera Obscura provides a bird’s eye view of more than 1000 square miles, in a 360 degree sweep around Aberystwyth. with superb views of the town itself. The promenade is also famous for the sighting of starling murmurations. 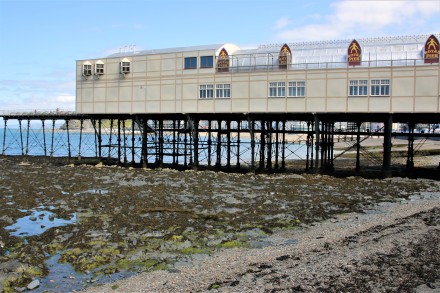 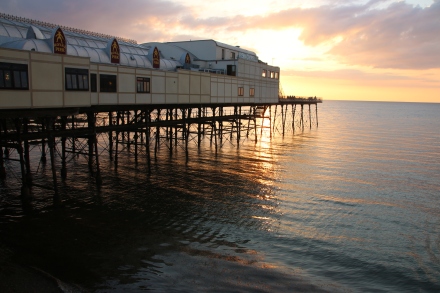 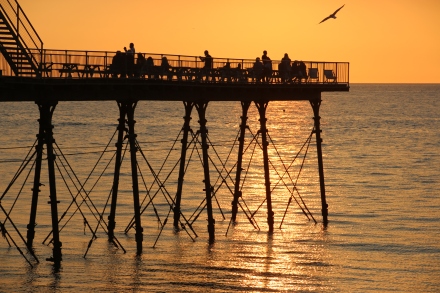 From the hill above the bungalows and Brynowen Holiday Park, the wide, pebble beach can be seen stretching through the village of Borth. 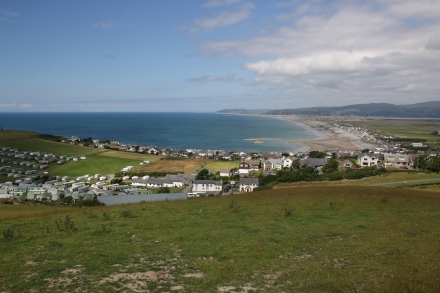 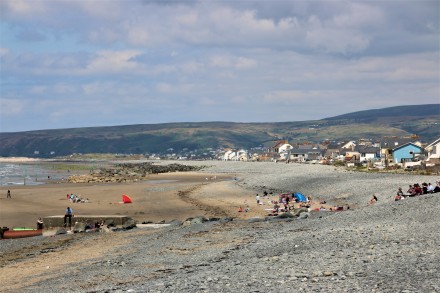 Sand is exposed at low tide as is an ancient, submerged forest where stumps of oak , pine, birch, willow and hazel can be seen. A closer look at this strip settlement shows a line of low housing, bunkered down for protection behind the tall sea defences.

The extensive sand dunes of Ynylas mask the caravans and chalets that line the coast side of a narrow peninsula. At the end, where it meets the meanders of the River Dovey, is a vast area of flat sand that acts as a car park,looking over to the village of Aberdyfi on the far bank. 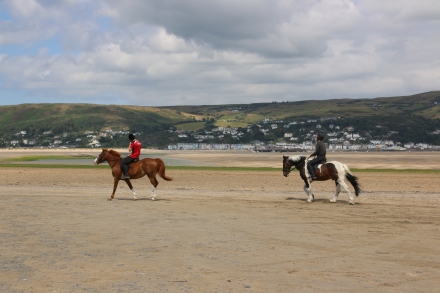 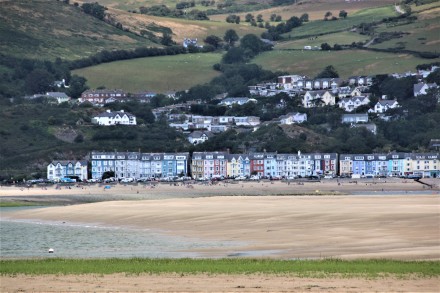 Aberdyfi was founded around the harbour and shipbuilding, but is now a popular seaside with a family-friendly beach. The centre of the village is on the river and seafront, around the original wharfs and jetty and stretching back from the coast and up the steep hillside. 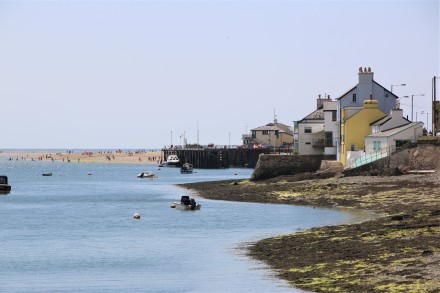 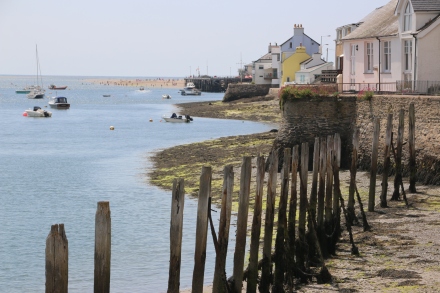