A long loop around Chichester Harbour gives vehicular access to Hayling Island, linked to the mainland by a single bridge at Langstone Quay. The islanders originally made a living from fishing, farming and salt production.

The marshes and wetlands of the Kench Nature Reserve are excellent spots for watching birdlife. Oyster beds were established here by the Romans and farmed extensively until the 1970s. They were restored in 1996, helping to turn the area into a wildlife haven. A railway to the island over the reclaimed mudflats, opened in 1867. Steam locomotives pulled carriages along the 8 km Hayling Line. Despite its popularity, the line was closed due to the prohibitive cost of repairing Langstone Bridge, eventually demolished in 1966. Now the Hayling Billy Leisure Trail is a three-mile walk/ride through the marshes and past the oyster beds along the route of the former railway line.

The natural coastline at South Hayling is predominantly sandy, but in recent years it has been mechanically topped with shingle dredged from the bed of the Solent in an effort to reduce beach erosion and reduce the potential of flooding to low-lying land. Since the 1930s it has become a popular seaside destination with its amusement park and holiday centres, as well as its miles of unspoilt beaches. Hayling Golf Club is situated on the western corner of the island, along the appropriately named Ferry Road. There are three yacht clubs along this southern edge with its easy access to the open sea.

A part of the City of Portsmouth, Southsea maintains its own character as that of a traditional seaside resort. It has a long shingle beach with patches of sand exposed at low tide, two piers, one in a much better state than the other, a string of seaside attractions including a fairground, a D-Day Museum and a leisure centre. South Parade Pier marks the start of a wide, open esplanade backed by the Rose Gardens and a boating lake. 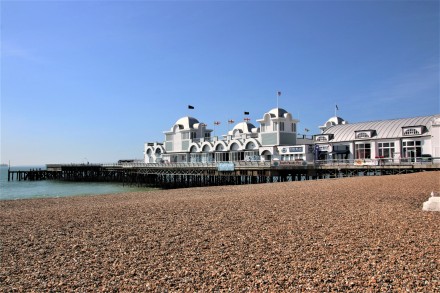 Southsea Castle was built by Henry VIII around 1544 to defend the Royal Dockyard at Portsmouth. Clarence Pier is very different in character. Looking rather tired, it is clustered on land near the entrance of Portsmouth Harbour with the hovercraft pad and terminal right beside it. 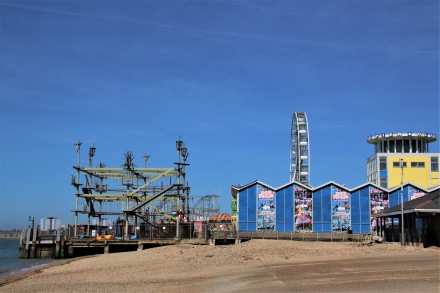 A fortress town since the 15th century, Portsmouth is the home of the Royal Dockyard, founded by Henry VIII in 1540. England’s most important naval base, it is also home to the Henry’s Mary Rose, Nelson’s flagship HMS Victory and HMS Warrior, all open to the public. 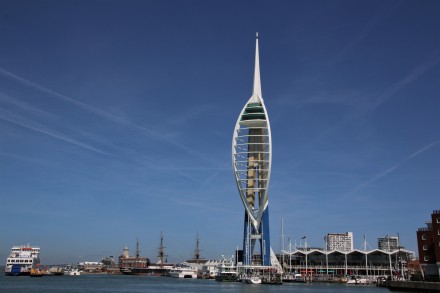 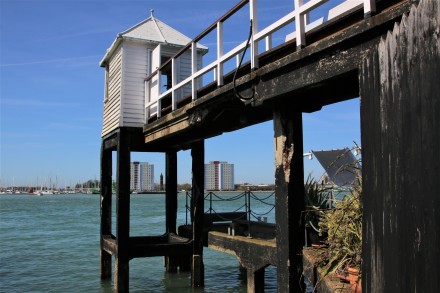 The 170 metre Spinnaker Tower soars over Gunwharf Quays with spectacular views from the top. It is still a working dockyard and home to many vessels in the modern navy. The Continental Ferry Port, Wightlink ferry & catamaran terminal and the hovercraft pads are all staging points for the many ferries that cross to Spain & France and to the Isle of Wight. Vessels chug past Old Portsmouth and Southsea to reach the sea.