A narrow strip of rough grass stands between the coast road and a shingle beach trying unsuccessfully to fight off clumps of sedge. The land here was used for growing fruit or flowers but following WWII it was used for housing. 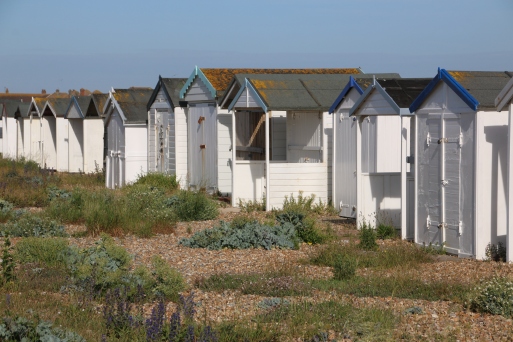 East Worthing has a vast area of grass for relaxing and playing games behind the stretch of beach huts that line its promenade.

After 1798 the town of Worthing developed from a fishing hamlet into a fashionable resort when Princess Amelia, the delicate younger sister of the Prince Regent, visited for her health. The town boasts five miles of seafront, with a wide promenade, colourful public gardens and a traditional pier with amusement arcades, built in 1862. The beach is shingle with sand at low-tide. 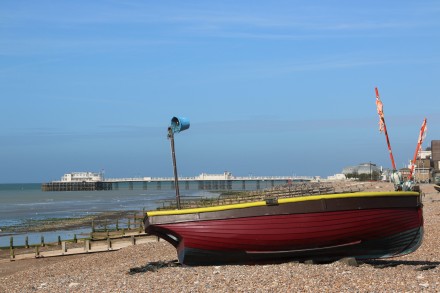 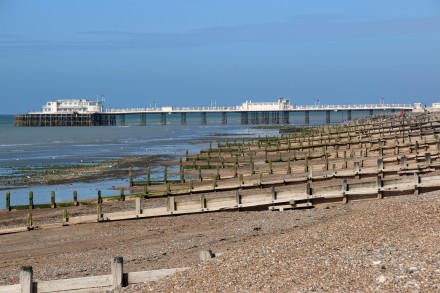 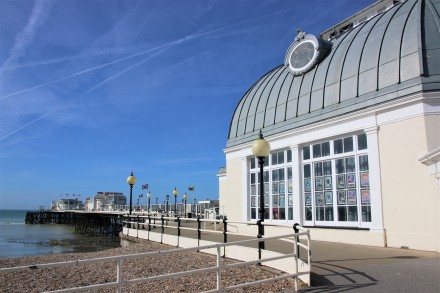 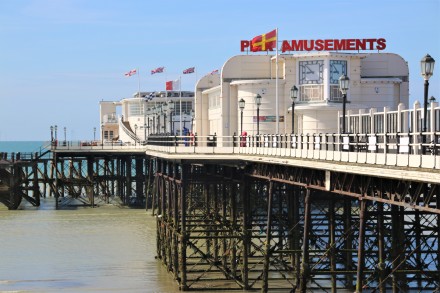 There was not a lot here for quite a while. Intermittent residential development began in the 19th century. Much of old Goring was demolished until it became part of Worthing. Begun shortly before 1939, the Goring Hall estate was developed as a garden city, with concentric crescents near the seafront. Again, a wide expanse of open grass separates the residential area from the beach huts lining the long promenade.

More a residential area than a resort, Ferring is an ordinary sort of place. The beach is easily accessible but the shingle and the clumps of rough grass are not conducive to relaxing by the sea. Close by are some weathered huts. 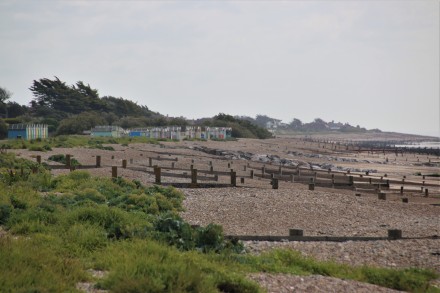 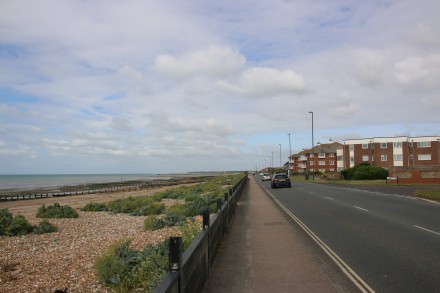 Similarly, any part of the old village of Rustington, like its old flint-walled cottages or its medieval church of St Paul at Rustington, have been swamped and engulfed by relatively modern housing estates. 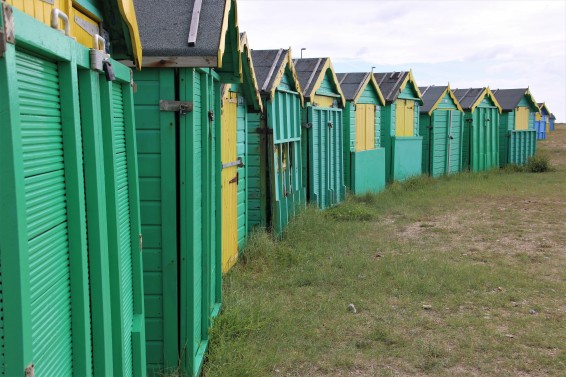 Littlehampton started as a fishing port based around the River Arun, where it opens onto the English Channel. It expanded its port activities with the building of a wooden harbour in 1735 and a new river mouth was cut to alleviate the constant silting of the river. It then developed from a fishing community to a holiday destination. It still has a thriving harbour for thousands of leisure craft as well as a commercial port. The east side of the estuary has seaside activities with cafes and amusements and a small pier. On the other bank are the boatyards and wharves, the golf course and West Beach, backed by dunes. 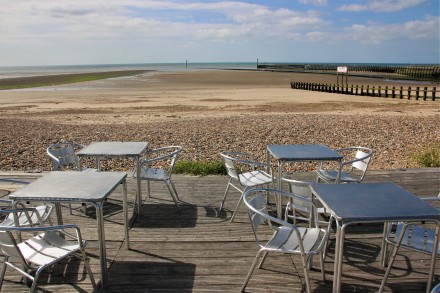 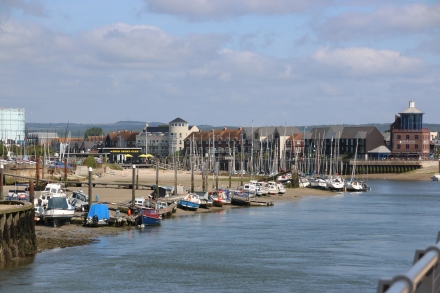