The old town just oozes maritime history dating back to 1340 when Edward III’s fleet assembled here at the start of the 100 Years War. Pleasure craft and small fishing boats share the quay with continental vehicle ferries. 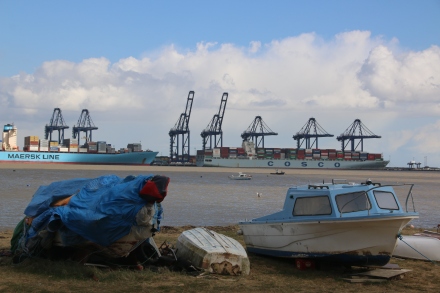 On the far banks of the River Stour the large cranes of Felixstowe load and unload container ships which then head out to the open sea. Ha’penny Pier, named when its toll was a halfpenny, was the original departure point for steamers departing for Europe. Local ferries up & down the coast & river still operate from here.

Dovercourt has a gently sloping sandy beach backed by a sea wall. A wide range of family activities are available along the promenade like a skate park, model yacht pond & boating lake. Two lines of beach huts stretch across the open grass. From 1863 a pair of lighthouses on stilts were used to guide vessels into the ports of Harwich and Felixstowe. They fell into disuse in 1917 and were renovated in the 1980s.

The town developed into a resort from around 1830. The present pier is the second on the site. A short pier was built in the 1870s. Due to problems of disembarking from vessels at low tide, it was rebuilt in 1898, re-opening almost 900m long with a single line electric tramway. Several renovations later there is now a large indoor amusement arcade, a ten-pin bowling alley, fairground rides and a rail-less train. 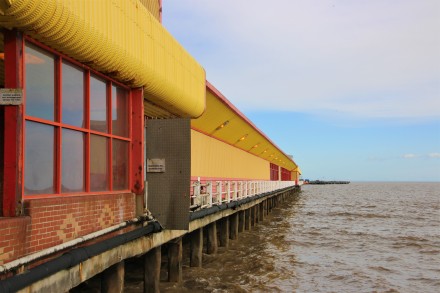 Developed in the 1890s, this small town retains the air of a genteel Victorian resort. Redbrick houses flank wide, tree-lined roads that lead to a long esplanade and a broad stretch of clifftop grassland. Below the cliffs, a fine sandy beach runs the full length of the town. Beach huts line the promenade with steps & rails that lead down to the beach. At the end of town, the huts stand on stilts with their backs to the sea. Access to them is over narrow wooden bridges and access to the beach is down a series of concrete steps.

The presence of a row of beach huts and a well surfaced promenade is slightly deceptive as this is all that indicates that there is a sizable settlement close by, although it is not at all apparent.