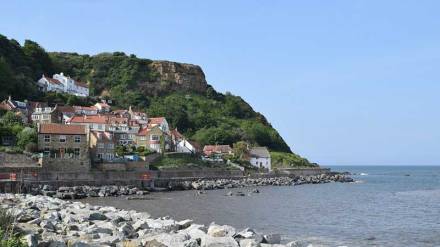 The village has changed little over the years. Red-roofed, fishermen’s cottages nestle up against the cliffs. The beach is popular for rock pooling and fossil hunting. 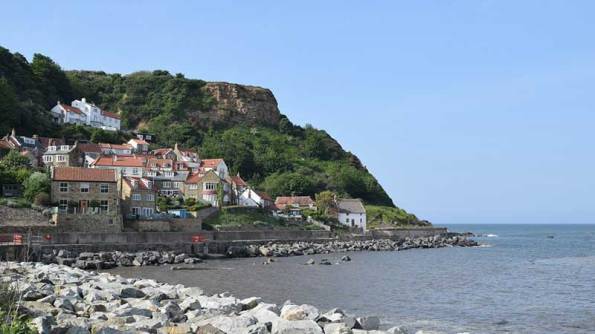 It is a magnificent walk along the beach, with miles of soft sand to enjoy, between the old fishing village of Sandsend and the hustle and the bustle of the fishing and tourist town of Whitby. 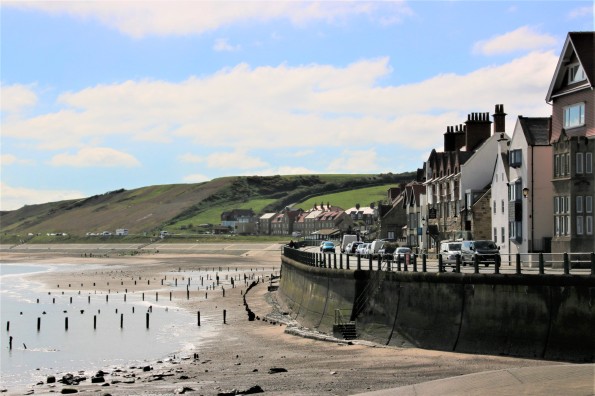 The ruins of Whitby Abbey stand high on the headland overlooking this great holiday destination with its Blue Flag beaches, its historic connections to the sea, the energy of a major fishing port and some of the best, or so the locals say, fish & chips around. It attracts visitors from all over as the crowds swarm around the quaysides and the cliff paths quaffing tea & scones in grand and not so grand tea rooms, consuming fast and slow food, visiting gem shops, searching for that special piece of local jet, and fossil shops and signing up for trips on land and sea.  Lines of yachts and sailing boats moor up in the estuary of the River Eske mixing it up with large North Sea trawlers and smaller inshore cobles . Every type of housing, from many centuries, line the estuary, spreading up the surrounding headlands and hills – guest houses, holiday lets, hotels, grand Victorian edifices alongside stately terraces of Georgian grandeur, pubs and restaurants and snack bars. The two stone-built light houses guarding the entrance to the harbour are a very obvious reminder of the working heritage of this town. 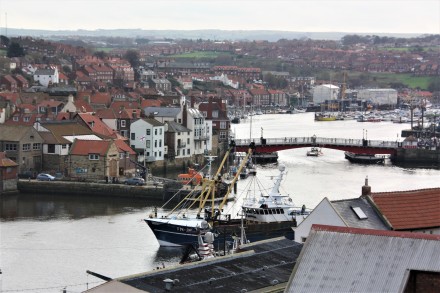 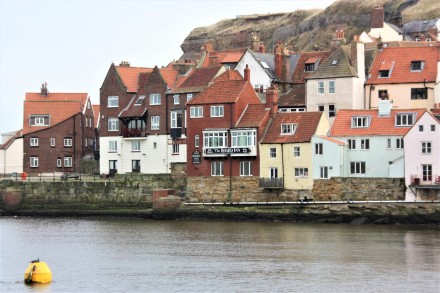 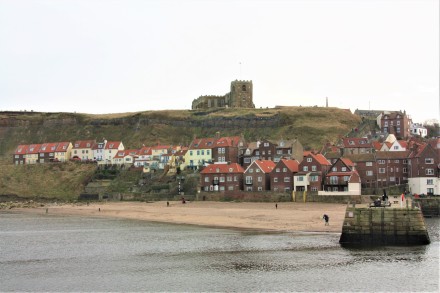 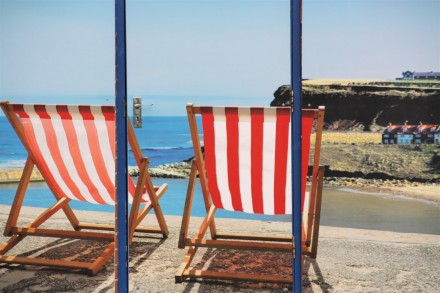 Now I do like Robin Hood’s Bay, a picturesque old fishing village with a family-friendly sandy beach. The car has to be parked at the top of the valley and further progress has to be made on foot. Wandering through its narrow, twisting cobbled streets and alleyways, are the ghosts of sailors and fishermen, smugglers and press gangs that walked here hundreds of years ago. Today it is a vibrant village, with a wide range of cafes, pubs, restaurants, small shops and places to explore. Deliveries to the pub have to be made on sack trolleys. Stone cottages with red roofs hug the steep slopes overlooking the bay. It feels like the village is built for hobbits with small gates, small gardens, small doors & small windows. Progress down the stone steps alongside the main route down fills the visitor with slight apprehension in the knowledge that this same journey has to be made in reverse. The cobbled slipway leads out onto the beach where, at low tide, families in wellies prod about in the pools that form in the rocks. The sea defences stand hugely powerful above the sandy beach, protecting the village from all the elements can throw at it. 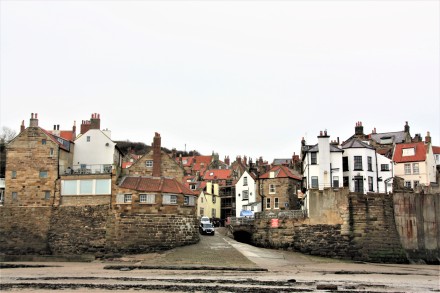 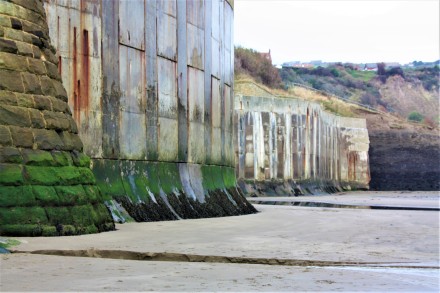 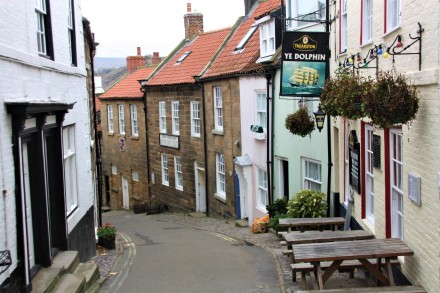 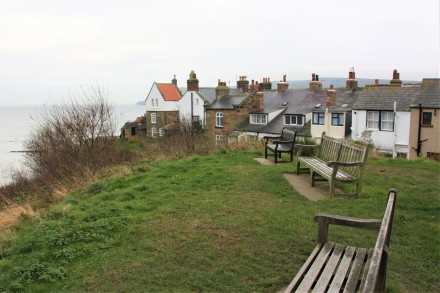