Lyme Regis at dawn is magnificent. I got up early to capture the bay in its best light. 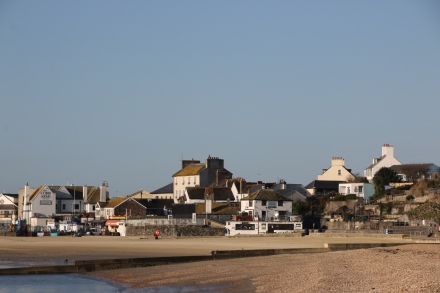 I caught a couple of smaller coastal villages – Charmouth and then Seatown (well hardly a town; more Seavillage although that doesn’t sound so good). 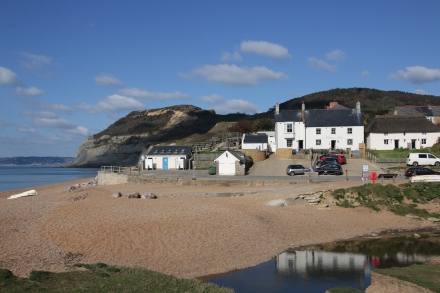 Then I came to West Bay. I did the Broadchurch shot first, much to the anxious consternation of a couple of householders or rather bungalowholders.

Then I went to the centre to appreciate the size of the pebbly breach and the iconic cliffs in the distance.

West Bay is one official end of Chesil Beach. It is 18 miles of pebbles named after cisel, the old English name for shingle or gravel. It’s not single or gravel. The beach off pebbles graded from small to large art watch and banks to very high 12 metres in places, creating a sort of lagoon between the shore and the beach itself. 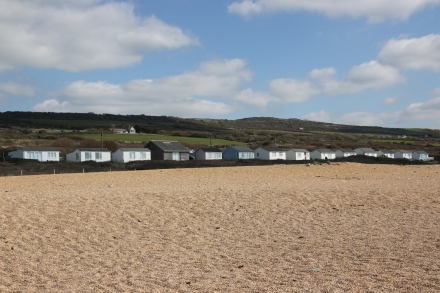 West Bexington is a hamlet on the beach, occupied by anglers.

Climbing the pebble dunes is like entering a dry world of hollow sounds & crunching and death rattles of rolling pebble-dash. It’s harder to walk on than deep snow. 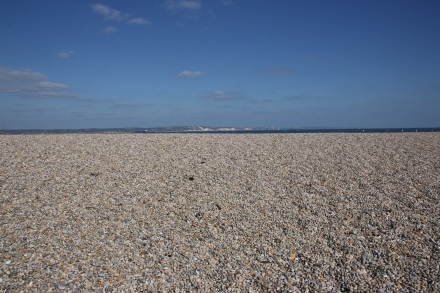 The far end is anchored by Portland where cliffs stand proudly on its Bill, protruding into the English Channel, a feature to be avoided by any vessel. Not sure how much Bill’s got to offer the visitor either.

The resort of Weymouth is around the coast. Another typical seaside resort with lovely soft sand…and look what I found – a Rossi’s Ice Cream Parlour. 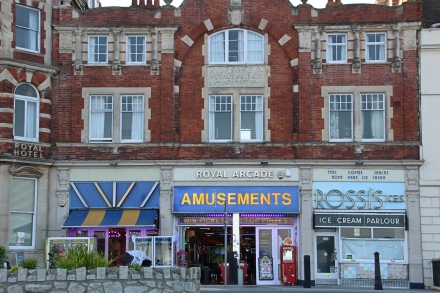