And then there is Dittisham. This picturesque village lies on the estuary of the River Dart. It has a population off around 420 and is a couple of kilometres upstream from Dartmouth. It has two pubs, one of which trebles up as a shop and a post office and the seasonal Anchorstone Cafe which serves excellent local seafood lunches. Other than that, it is a sleepy place with lots of holiday lets and a rather affluent feel. But don’t get me wrong. It has a charm and an attraction which makes it a relaxing place to chill out on holiday, although I expect the character might well change in the high season as boats and visitors are drawn to the estuary. 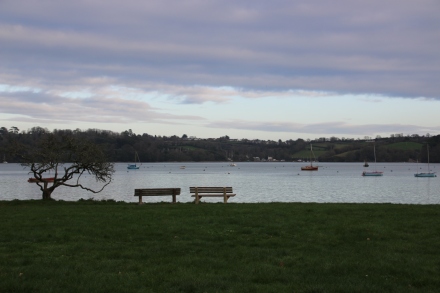 The narrow main street, called The Levels, is the only level surface in the village. It is cut into the scarp of the hills that line the estuary providing wonderful views of the estuary from houses on both sides, above and below the road. Sight of the water can also be grasped though gaps in hedges and over walls. 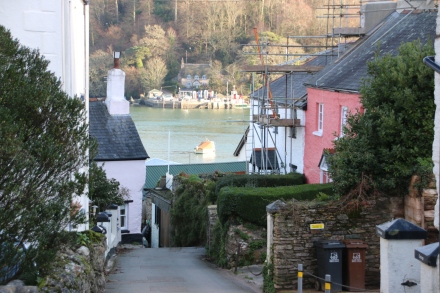 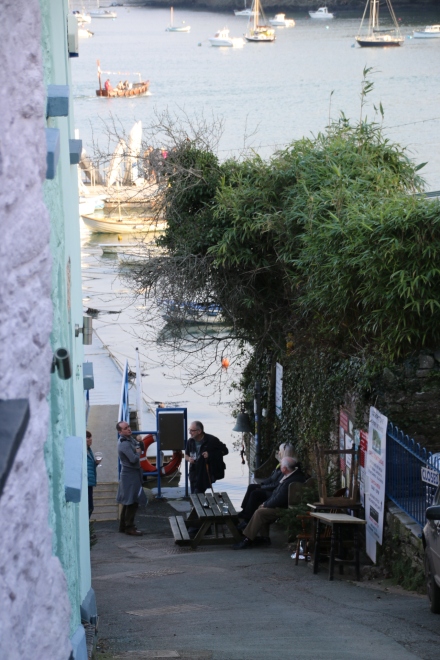 The approach to the estuary is always steeply downhill. A fact that fills the heart with dread as the minute the gradient starts to increase, you know that the return journey will require a massive effort for muscles and lungs alike.

Two passenger ferries serve the village from the small beach by The Ferry Boat Inn, a small cosy pub right beside the water, and the new pontoon which also acts as a crabbing hotspot.

One runs to and fro between here and Dartmouth, bringing visitors upstream to frequent the pub itself or wander the quiet lanes or as part of a circular amble along the estuary.The other plies across the narrow stretch of water to Greenway House. This is now owned by the National Trust and was once the home of Agatha Christie. Greenway Quay mirrors the pontoon on the west bank. A bell can be rung to summon the boat.