I have been quiet for a couple of days. Only because I’ve been chilling out, taking in the view from this place. So magnificent. There are two ways to tell that time is passing here. Firstly shadows surge and shrink as the sun passes over. Secondly the cows wander further away from their milking shed and then, as THE time approaches, they wander back again. But the urge comes around again  and ignites the desire to explore further afield.

Ptuj rises gently above a wide valley. It is one of the oldest towns in Slovenia, beginning life as a Roman outpost on the banks of the Drava River. The castle, stayed in the 14th century overlooks the clay roofs, the red-roofed burgers’ houses and the river itself.

In front of the City Tower stand the Orpheus Monument, a 2nd century Roman tombstone with scenes from the story of, you guessed it, the story of Orpheus. 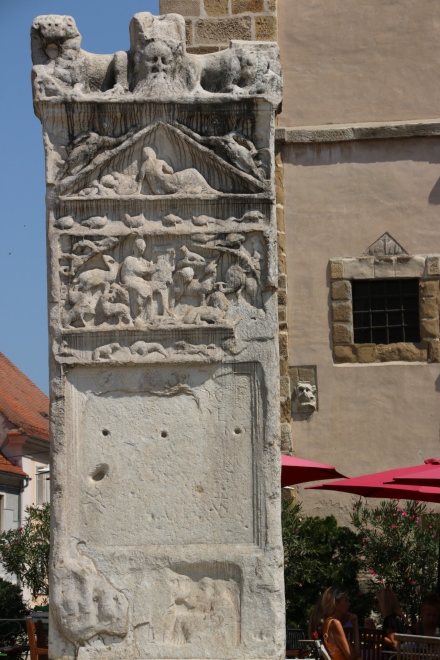 Ptuj is an ordinary town with this ancient feel to it. Its squares and narrow alleys and passages ooze history combined with a summer arts festival which juxtapositions installations alongside flaking plaster and ancient brick & stone work. 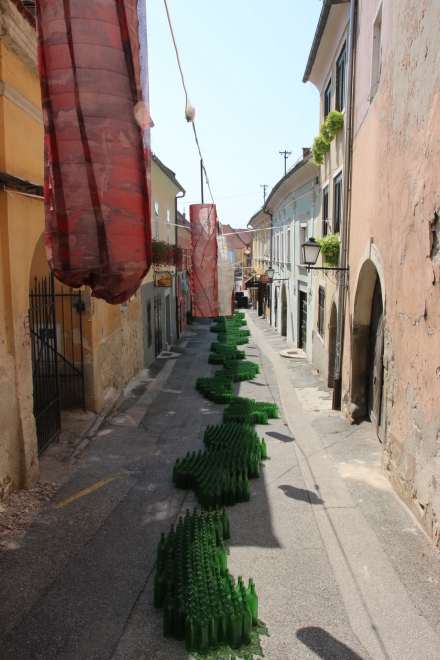 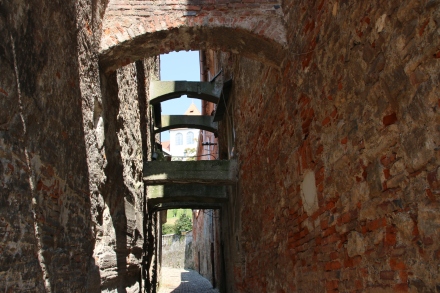 This is not an installation. Just a customer at the local hair salon waiting for her roots to be done. Well in is cooler outside rather than in.