So it’s up from the coast today and back to the mountains. Rather than a mad dash up the motorway, pootling is called for. There is a very simple motorway system in Slovenia which is that they all, all four of them, go through Ljubljana and that everywhere (the mountains, the ski slopes, the coast) is about an hour or so from the capital. So pootling it is. It might take longer but it’s through another glorious area of this intriguing part of Europe.

What else does this wonderful country have to offer? The route heads up the western side of the country where it borders Italy. Slovenians get a bit upset about this bit as Trieste used to be part of their country but as part of the post-war settlement it was given to Italy. We head for the ridges and rolling hills of the Vipava Valley and a landscape that mirrors that of northern Italy in general and Tuscany in particular. 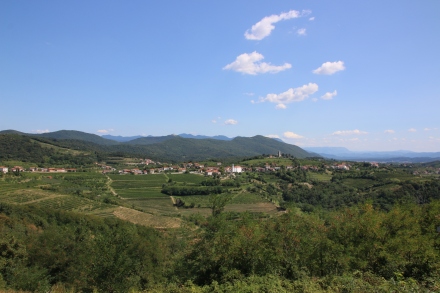 This is Slovenia’s wine region and we go in search of decent stuff to consume at home. Our first attempt took place in the local Spar. Faced with an unknown language describing unknown grapes and depicting the quality of their range in pictures on the label, we purchase two bottles. One has a lovely picture of a large wine barrel – sadly, one sip proved it to be worse than anti freeze and the sink beckoned. The other had won three medals on its label – half a glass at each meal was just about manageable. SO… desparate times mean desparate measures 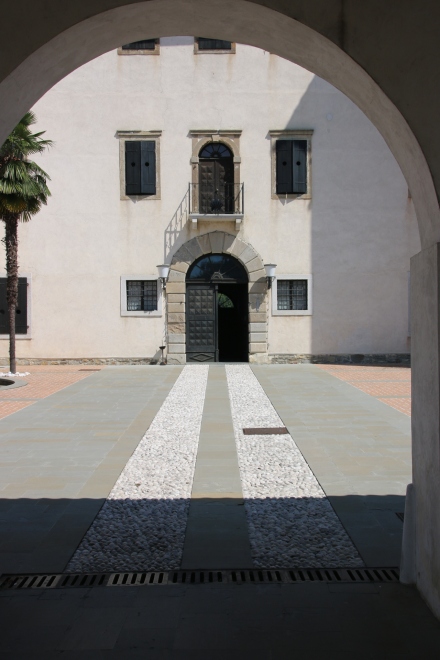 Dobrovo is the start of the wine region. It has a castle, a ‘vinotecka’ and a few houses. This is exactly what is required – a walk around, some pretty impressive views, a taste and a purchase of 4 red & 2 white. Then it is off to lunch.

The next hill-top village of Smartno bakes in the midday sun. 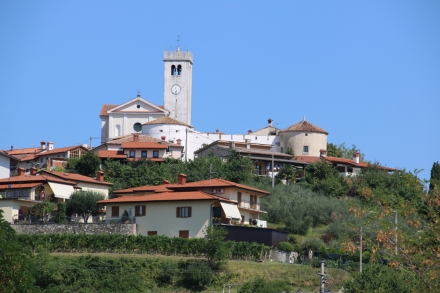 The simple family restaurant lines its tables out in the narrow street and offers simple local fayre of platters of meat and cheese or salads, accompagnied by a glass of white followed by a wander around its shaded streets. 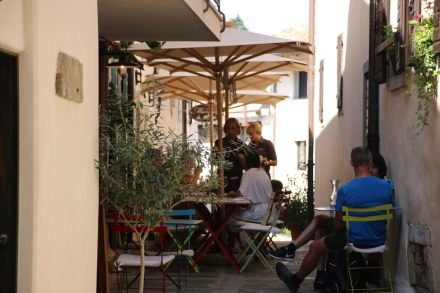 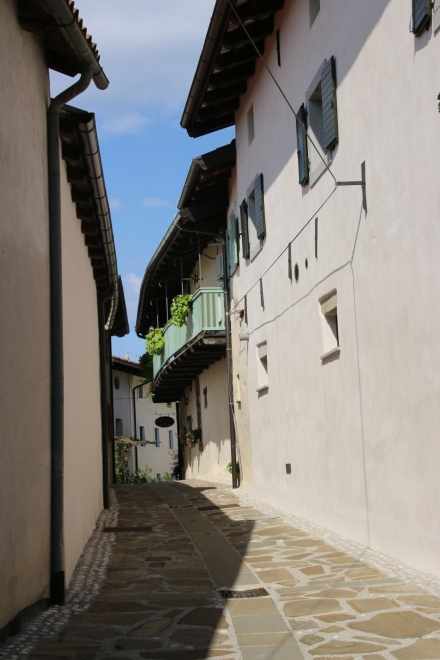 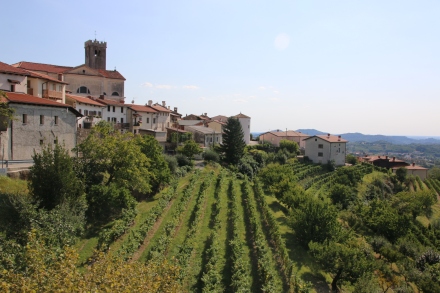 From here it is the most magnificent, two hour drive through the Triglavski National Park following the Soca River upstream to its source and through the Vrsic Pass again but this time from the south. This is a beautiful, awe-inspiring landscape of the swiftly flowing, milky turquoise river winding through the wide, grass covered valley with naked or forest-covered peaks towering ahead and on either side.

It is unbelievable to discover that this green and glorious land saw the horrors of trench warfare for 2 and a half years in WWI. 500,000 Italians were shot, starved or gassed when they came up the against the German lines and 300,000 taken prisoner. The fighting was horrific on both sides but the territorial gains for each were minimal.

This is yet another landscape in Slovenia where around every corner there is a gob-smacking view of forested ridges, craggy sun-kissed peaks and mountains, open farmland, fortified village, traditional hay ricks, campsites snuggling beside the rushing, clear waters, tall-standing church spires that constantly surprise the visitor. It is so impressive as to draw yet another ‘wow’ or ‘OMG’ or something a bit more intelligent like ‘that’s aamazing’. Everywhere there is a notice for hang-gliding, canyonning, hiking, canoing and any other forms of exercise that I have never heard of. Unable to take photographs  to capture an image of the valley as I drive I have to resort to an image from the net which does it poor justice but you get a flavour of glorious scenery that constantly surrounds you. 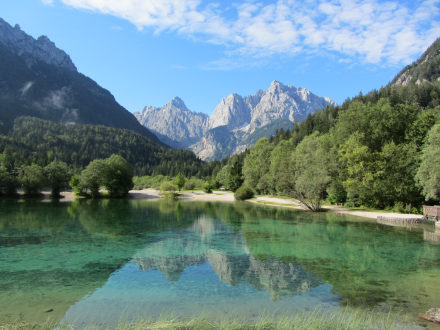 Just to say that the Soca Valley must be one of the most beautiful drives in the whole of Europe.