Awoke to grey heavy clouds and the decision was immediately taken to head south, young man, and seek the sun on Slovenia’s minute coastline. This was so good a decision that a night away from the mountains was required to see the best of two magnificent Venetian ports.

The warm up act is ably covered by the commercial port of Koper. Not obviously attractive until one picks away the industry, the container port, the apartment blocks, the cruise liner dock, the docksides of waiting exports of Mercs & Renaults to reveal the small, medieval heart of the town. 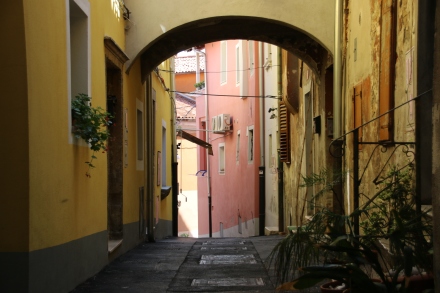 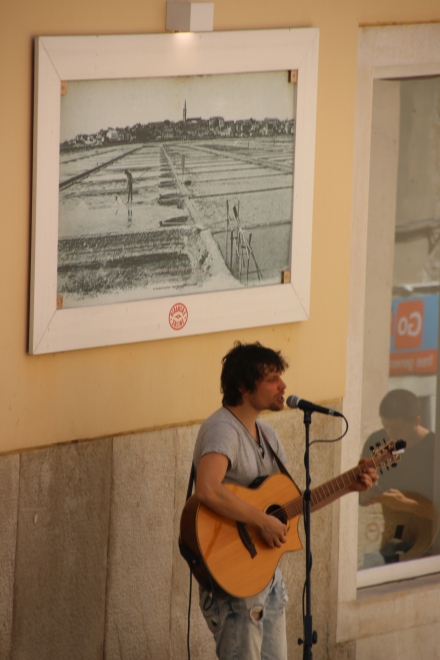 The Ancient Greeks & the Romans developed Koper as a port but its hey day was in the 15th century when it monopolised the salt trade on the Adriatic. Tito Square is a Venetian-influenced stunner, it’s cobbled, flagged surface closed to traffic. The four sides reflect its medieval splendour:

In the western side is the armoury and munitions dump in the 1600s and is now university offices.

To the north is the Venetian Loggia built in 1463 and now a cafe. 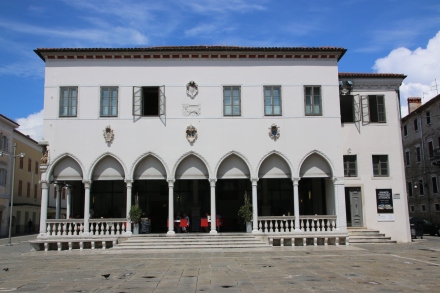 To the east is the Cathedral of the Assumption.

To the south is the Praetorian Palace which dates from the 15th century.

Through its arch the narrow medieval streets lead to the southern gate of the old town. 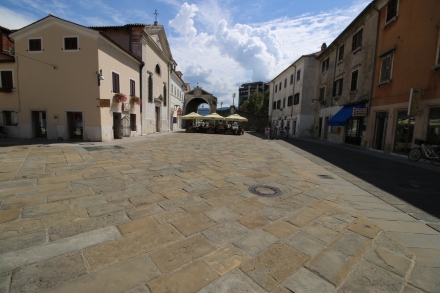 The main act is a few kilometres down the coast. The storm clouds have followed us all day, always threatening from a distance. Unrelentingly they grow and darken until it is impossible to hold them back and they crash out their rains and roars to coincide with dinner. Here is a taster of the second of Slovenia’s Venetian glory. 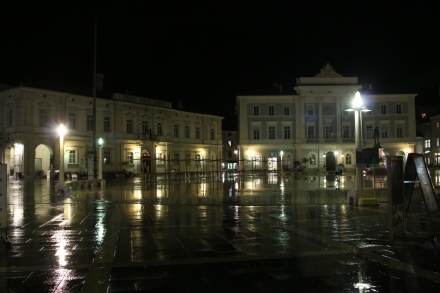