Vigan has a charm all of its own which is felt immediately you wander through the narrow streets, avoiding the buzzing motor bike/sidecar tuktuks, whose body work, here, resembles Roman legionnaires, and the loud clip clopping nags pulling their elegant, two wheeled tourist carriages, into the gentle hubbub of the plaza. It is one of the few Hispanic towns left in the Philippines and a reminder of the arrival of the Spanish searching for spices for their dishes and souls for their church. 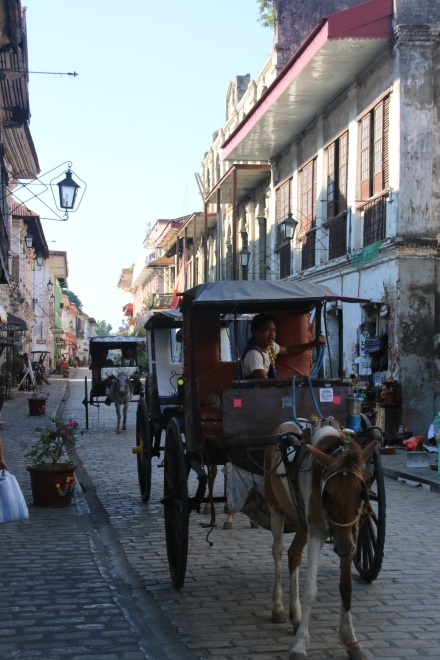 The plaza, as with all Spanish towns home and abroad, is the centre of town life. Vigan is no exception and has a few unique features. The traditional eateries are common, as are the families and groups sitting around passing the time together. The skate boarders trying out their skills are slightly more unusual. But what about these guys?

And this is a first. The only ice skating rink in the Philippines. I really had to pinch myself and chuckled out loud at the sight and particularly the plastic polar bear aids. The queue to get in was phenomenal. They have no idea what snow is like, they’ve never seen it. They now think it is white plastic stuff which is really hard to fall on and that polar bears are less than a metre high.

The grid ironed streets are lined with elegant colonial houses with carved wooden facades to the upper stories and torn plaster covered brickwork at ground floor level. Although tatty and run down the place still oozes atmosphere throughout it’s shady, overgrown centre. The Spanish conquistadors, the Chinese before them and the local Filipinos have all had an influence on the architecture and layout of the town. 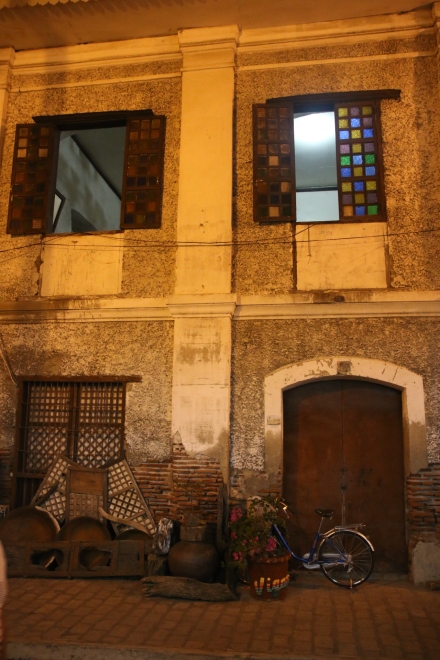 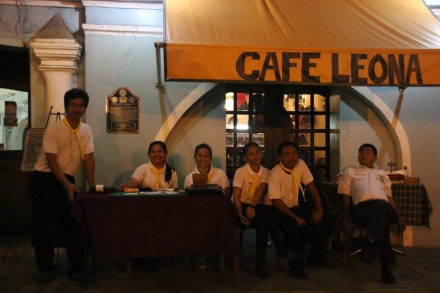 Nighttime is quite magical. The old street lights give a warm glow to the wood and the broken plaster. Restaurants and bars seem doubly welcoming as the streets are taken over by tables and tat shops open up to the souvenir hunters. The old tourist carriages negotiate a path through.

In daylight the tourist trail is a bit arbitrary. It covers the cathedral, where two funerals are taking place at the same time, three museums, a pottery, a weavers, a garden centre for lunch (they’ve copied the UK’s diversification from plants into meals although it was nice and shady), and a farm with the young workers putting on a cultural show. See if you can match these images with the activities. 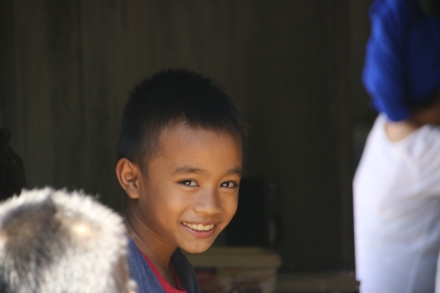 The best bit was the day spent in the carriages clip clopping between all these places both in town and a bit further out in the country, passing through villages and hamlets, through fields of maize. It felt a bit like royalty passing as we waved and smiled back at waving and smiling locals. 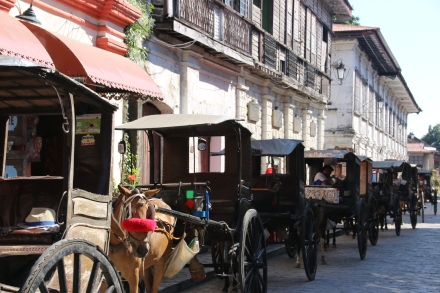 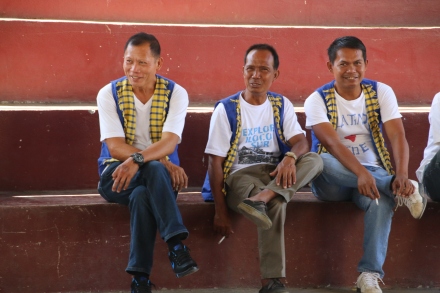 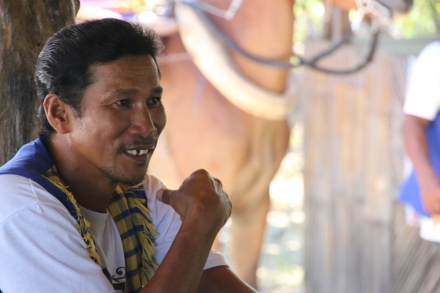 We did get into trouble though. The mayor saw our convoy of 8 carriages with their skinny nags and the main man of the drivers was called to account in his office for speeding. Some chance.