It’s now a short flight south west to Vientiane the present capital of Laos. Destroyed by Siam invaders in the 15th century it was only rebuilt by the French colonialists in the mid 19th century when it was used once again as the political capital of Laos. 800,000 people live here on the banks of the Mekong opposite Thailand. Like most capital cities grand buildings, reflecting those who control power, mix with temples, small businesses & international franchises on leafy wide streets choked by traffic, fumes & dust. There are three sights of interest in this functional city.

The That Luang Stupa – said to house a bone of Buddha. 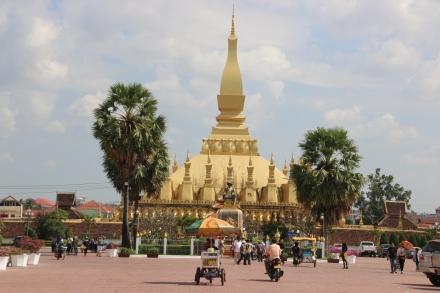 Inside, the monks with their iPads & their colour coordinated iPhone cases are busily clicking away with the stupa in the background. Even the tuk tuk boys are happy to get involved. Cool one, boys. 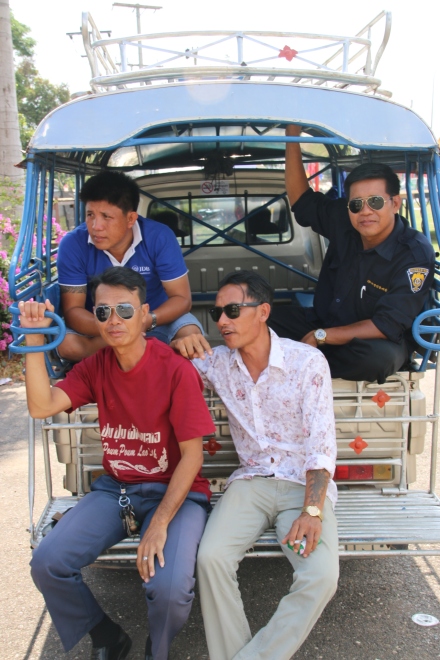 Victory Gate was built 50 odd years ago to commemorate victory in the war with the US.

Rather than climb up the 190 steps I take photos of the local boys taking photos of the tourists. There are 30 or so of them who, having clicked off a few images, rush to their scoters where a digital printer sits on the back pillion. They print out A4 images and rush back to sell to gleeful Chinese &, I think, Lao visitors. I share my images of the guys with the guys & jokingly try to charge 5000 kip. Great fun. Here are a few.

Others just want to do it themselves. Which pose do you like? Well I will decide for you – this one! I have about 15 different ones but have only posted one to save you endlessly scrolling between them all. 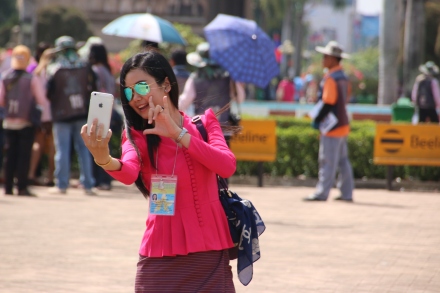 I changed my mind. Here’s a second so you can really judge the quality of the poser.

Wat Sisaket is the oldest temple in Vientiane and houses thousands of images of Buddha. It is a calm, peaceful place, in amongst the embassies & grand houses. He seems completely unperturbed about who is taking his picture. 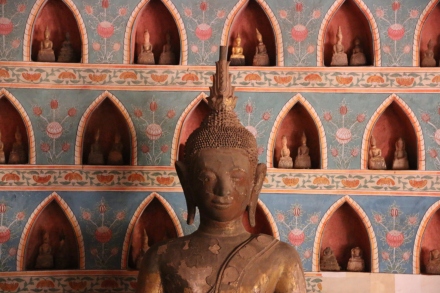 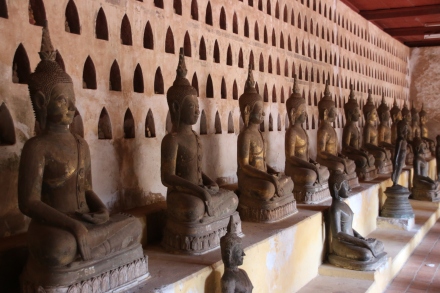 Buddha Park is at the other extreme, about 25 km outside the capital. Constructed in the 1950’s it houses 200 images of the man himself in a field of glorious tat. The representations are built using brick and cement. Absolutely, tackily gorgeous.