I have come east now to Phonsavan, a town of 150,000 people. I have put up images of the journey through the mountains & life in the rural parts of the country. Hugely impoverished these communities farm small bits of land growing rice or wheat to feed their families 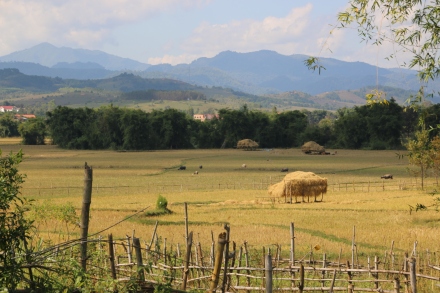 New building is going on in the towns but it is only the 20% who work for the government who cah projects and who receive a decent wage, a pension, free schooling for their children & health care. The rest work hard scraping a living for an average weekly wage of $100. Weaving in a silk farm or driving a tuk tuk are two ways for families to support themselves. 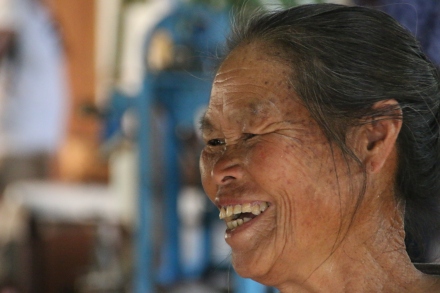 Over here in the east and south of the country there is evidence of the traumas that hit this land during the Vietnam War. The US dropped millions of tons of cluster bombs on this small country in the biggest bombing campaign on any country in history. Muang Khong was the old capital of Laos. The Americans completely flattened the town with only the 18th century stupa left standing. The temple took a direct hit.

30% did not explode and are a real danger to children and farmers who will disturb them when playing in, or tilling the fields. Each cluster bomb contains over 300 ‘bombes’, the size of a small rubber ball and each of these contains hundreds of ball bearings which every day kills of maims people. It will take decades to complete the work of clearing these killers of innocent people. When walking through the Plain of Jars we had to stick within the white markers and were warned that outside these mines and bombs would be hidden. Every year 100,000 injuries & deaths are caused by unexploded ordinance and the farms & fields & homes & streets show relics from this time. 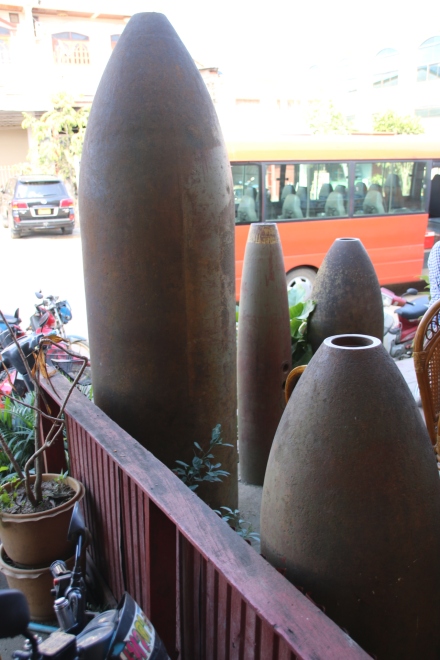