Leaving behind the layered hills of the Cevenne and carrying warm memories of time around  Barjac exploring the streams & rivers, jumping off rocks in the Ceze, picnics amongst boulders and stones on the banks of the Silver River amongst the Fools Gold & the scrubby oak woods, learning to swim & dive & snorkle & jump from high places (adults & children), of families & friends that leave & arrive & leave again and it is time to make my way back through Provence to the district of Vars and a small hilltop town called Seillans, near to Grasse in the nice hills above Nice. In the space of a few hours the scenery changes from limestone scraggy outcrops & stunted oak trees protecting an agricultural landscape to a more developed, modernised panorama where the clean, hilltop towns peer out from tall cedars that spread over all the hills like a thick carpet of green spikey hair following the contours & undulations of the pointed scarps & ridges & newly built or renovated homes are scattered amongst their foliage just presenting a hint of affluence to any observers on the opposite slopes.

Seillans boasts itself as being ‘the most beautiful village in France’. It is hard to dispute this. From the approach by the main road, the village spreads upwards and its flat, cardboard box houses are attached to the hillside with mastic.

The road narrows to single file in the centre & from the little cafe opposite the pizzeria it is only possible to climb to the centre on foot. Narrow, cobbled streets are lined by tall townhouses with faint painted clues on their facades suggesting what business they might have housed in the past. One narrow set of cobbles & steps leads to the château dating from the 13th century, another leads up under arches & buttresses, past the Mairie’s office to the small square with seating for open air concerts & then through to the smart restaurant at the top of the village. 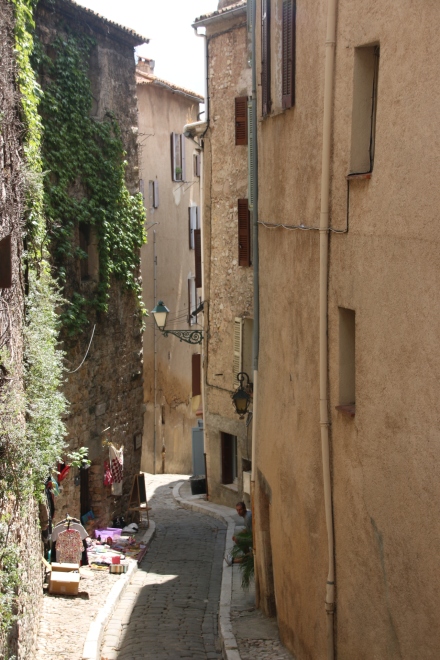 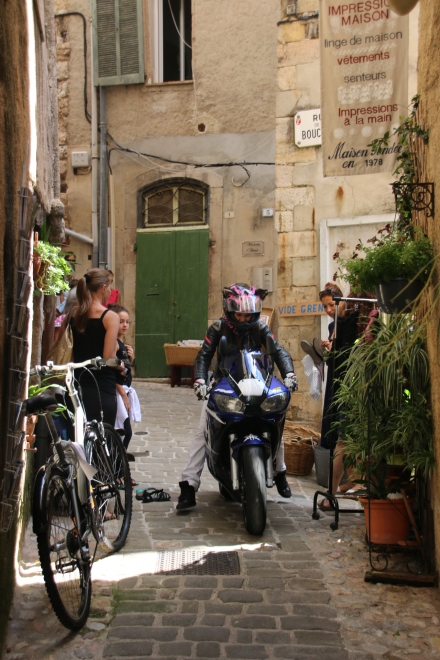 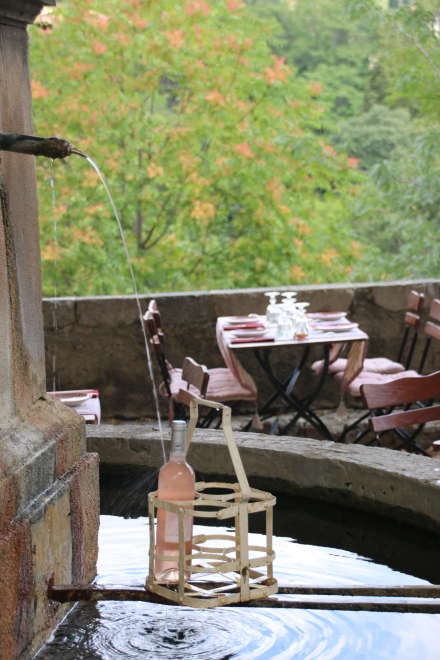 All paths seem to lead to and spread from the shade of the trees that cover the tables of the Restaurant du Glorie de Mon Pere. It seems it was the site of the village boulangerie and when the baker died his son converted it into a restaurant under the two huge plane trees and named it in memory of his father. He is still there supervising his young staff from the top of the slope as they scurry around the tables waiting on the punters with an excellent menu, good humoured banter & efficient service. Reservations are recommended!!

It feels like time has stopped, the world is at peace. Even the cicadas have gone on their holidays and the silence that then remains calms the soul & raises the spirit.