The luscious green paddy fields of Bangladesh are at their best in the early morning haze. Driving through the manicured patchwork of luscious emerald fields it feels like Shangri-La. This makes the coming contrast even more marked. Today is the day I head for the border with India. Once all formalities have been completed by over zealous bureaucrats on both side, golly – paperwork in triplicate, I cross into West Bengal and within a few kilometres all has changed. All that clean gas & pedal power is replaced by Mr Tata’s diesel driven cars & lorries & buses, old rusty tuk tuk favourites, all still honking before passing the vehicle in front, with louder alpine horns I have to say. Air pollution is back on the agenda. The landscape loses all its order & colour and is replaced by dusty, rather scruffy fields of potatoes & skinny grazing cattle. The towns & villages are full of groups of men hanging about while the women are out in the fields doing all the work. Religion has changed from Muslim to Hindu. The overwhelming friendliness of Bangladesh is replaced by a general apathy to the presence of Westerners.

All is flat & dry for an hour or so and then, all of a sudden the bus starts a slow climb. No warning, it has been flat and now the hills start, simple. It takes several hours to climb from 150 metres above sea level up to Darjeeling at over 2,100 metres. Up & up the bus meanders through the sunlit mist as if entering a hidden kingdom up in the skies. 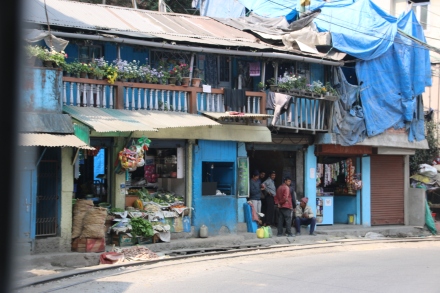 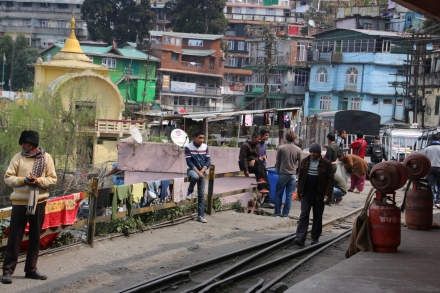 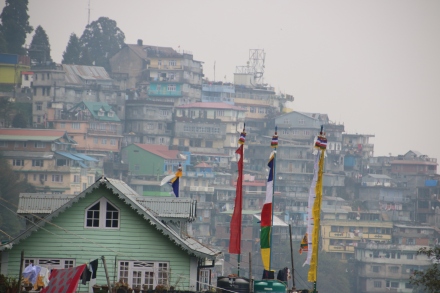 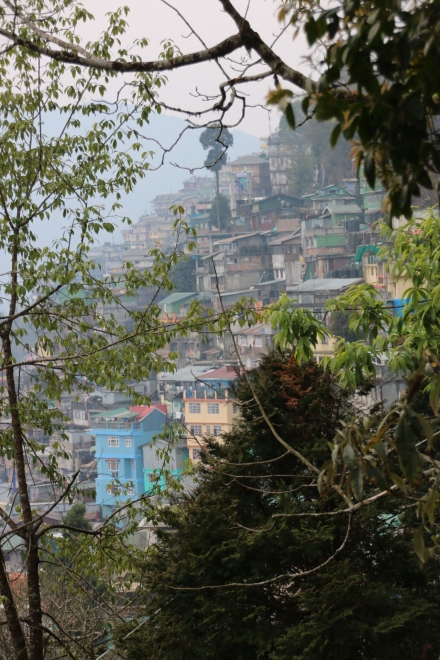 Shortly the railway track of the narrow guage railway that bought the Brits up from the sweltering plain, appears from a small engine shed on the side of the road & hugs the now narrow road as they both make their tedious way together through shabby houses & shops to the top.Vehicles have become small lorries & lines of beeping Jeeps acting as buses & taxis chug or beetle up & down the hills.

And then the bus drives through the little main square of Darjeeling. It is nothing like I imagine it to be. The buildings are tall and scruffy; they cling on to the side of the tall hills & look like they might almost peel of the walls. Yet the place has a real charm. The weather has changed at this altitude – fresh, even chilly at night. What I thought was romantic cloud is pollution from the towns below. The people are descended from Mongul tribes coming down from Tibet. To find out more I take the Toy Train to Ghoom, a slow 1 hour journey out of Darjeeling. 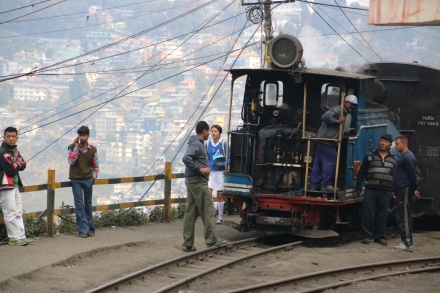 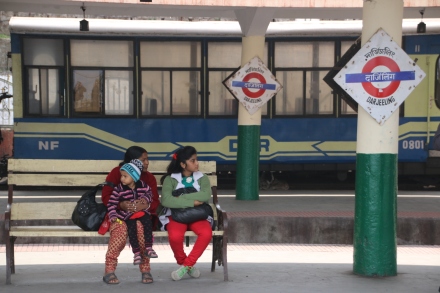 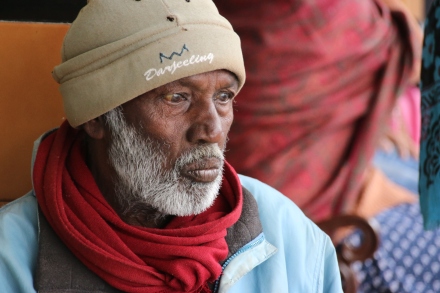 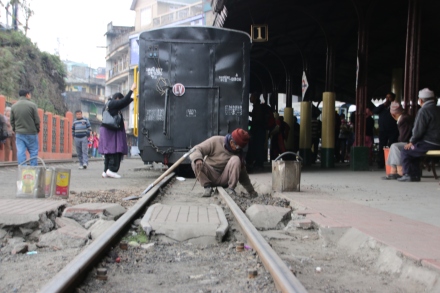 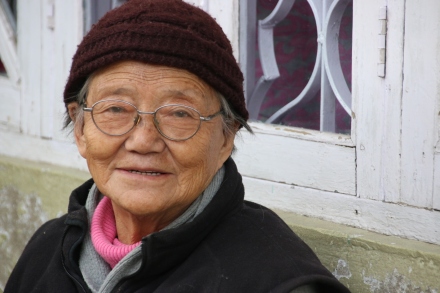 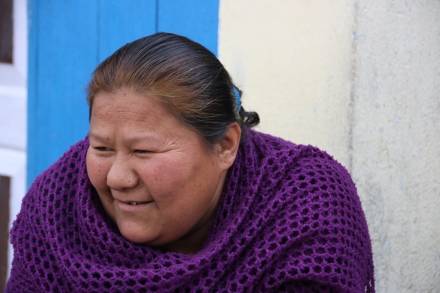 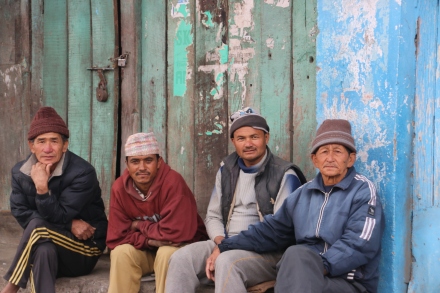