Pwllheli has a long association with the sea. Wines from the continent were landed here and the coast was a haven for smugglers and pirates. It used to be one of the main fishing and ship-building centres in North Wales with nearly 30 ships in production at any one time. With the arrival of the railways it developed into a tourist centre with a sandy beach beside the harbour and a shingle one along the promenade. 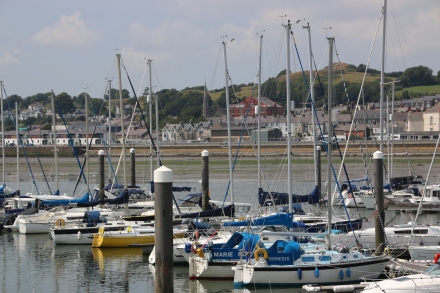 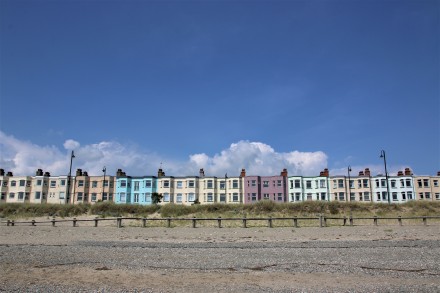 At the end of narrow lanes lies a large National Trust car park. It is a short walk through shady woods to this popular beach. A smart NT café/restaurant marks your arrival at the soft sands that spread down to the sea. A line of beach huts on one side and a couple of old fishermen’s cottages on the other, stand back in the shade provided by tall trees, unwilling to go out into the full glare of the sun. 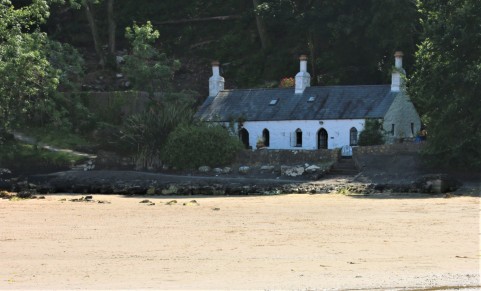 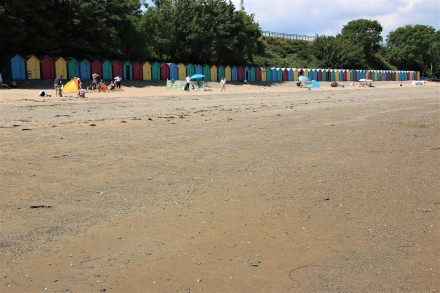 Originally a fishing port, Abersoch is now a popular, and rather fashionable,  resort and sailing & water sports’ centre, with fine beaches and a sheltered harbour. This is a bustling village with a good selection of bars, cafes, restaurants and a busy bistro life plus a choice of accommodation and attractions including pony trekking, boat trips and a crafts centre. Lanes lead from the centre to the peaceful harbour and around to the beach of lovely, soft sand, backed by grass-tufted dunes and a line of beach huts. 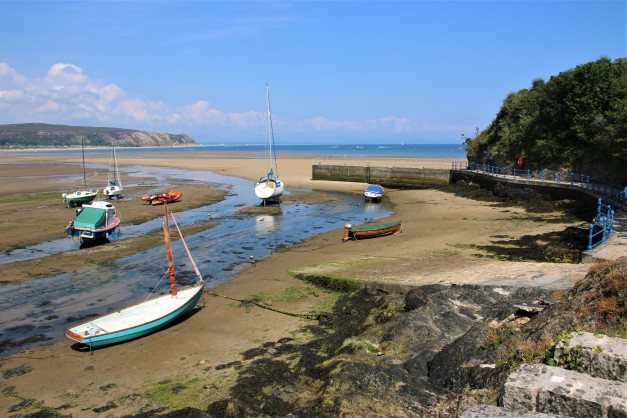 Formerly a fishing village, it developed into a shipbuilding centre and a port for exporting limestone, lead, jasper & manganese from the local mines and quarries. The mining collapsed after WWII and the village developed into a holiday resort. Situated on the seashore, St Hywyn’s Church has served this once small community for centuries. Now it sits amongst white-washed properties on the edge of the village. 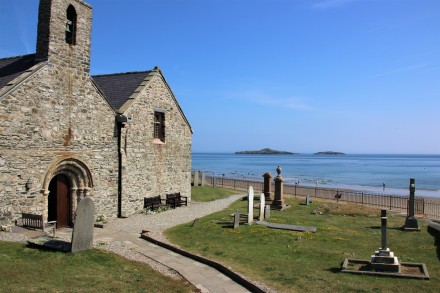 These two settlements share the beach, facing each other along the crescent of sand. Porthinllaen is an old fishing village, owned by the National Trust, with a popular pub and the lifeboat station. Morfa Nefyn is quite a lot larger. A single-track road leads through suburban housing, down to beach properties and a manned, beach-warden’s hut. 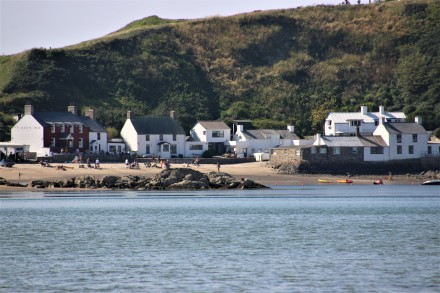 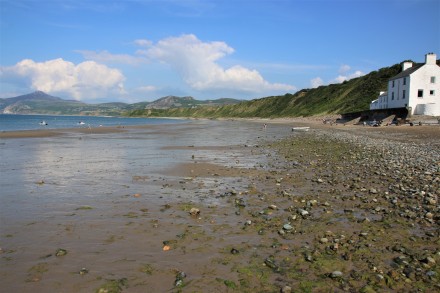 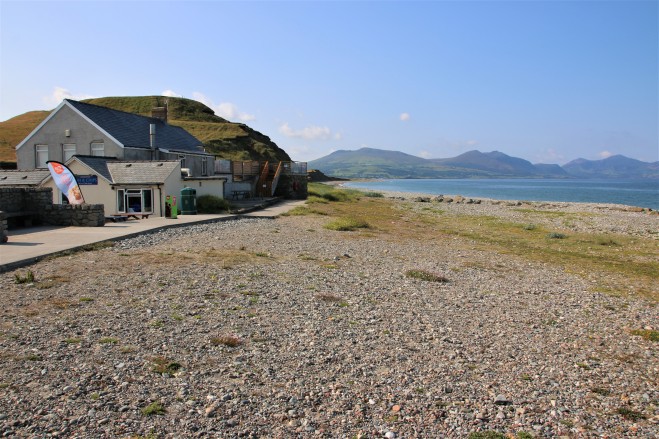 Dinas Dinlle is a popular beach. The coast road runs along its upper shore of small pebbles which soon gives way to a vast expanse of firm, golden sand. A café, a large car park and a cluster of houses pin one end. Two slipways provide easy access to the sea. Iron Age remains can be found here. Ornithologists are attracted by its bird populations and anglers by its exceptional bass fishing.

This walled town with the magnificent Caernarfon Castle, overlooks a small, neat harbour and the Menai Strait. Begun in 1283 by Edward I, Caernarfon was constructed not only as a military stronghold but also as a seat of    government and a royal palace. It was designed to echo the walls of Constantinople, the imperial power of Rome and the dream castle of Welsh myth and legend. Standing at the mouth of the River Seiont, the fortress, with its unique polygonal towers, intimidating battlements and colour banded masonry, dominates the walled town, also founded by the English king. Three centuries later, the ascent of the Tudors to the English throne eased hostilities between the English and the Welsh, resulting in Caernarfon Castle falling into a state of disrepair. 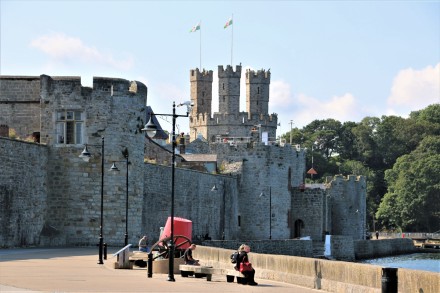 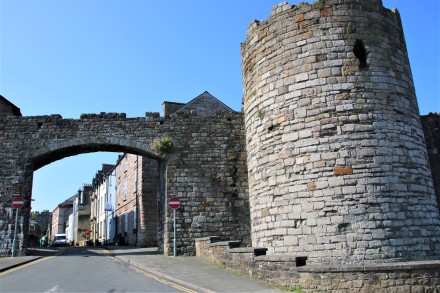 Despite this, the town has flourished, leading to its status as a   major tourist centre and seat of Gwynedd Council, with a thriving harbour and marina. It is home, both within the medieval walls and in the wider suburban areas outside, to numerous guest houses, inns and pubs, hotels, restaurants and shops, making it a popular destination for tourists, holidaymakers and water-sports enthusiasts. 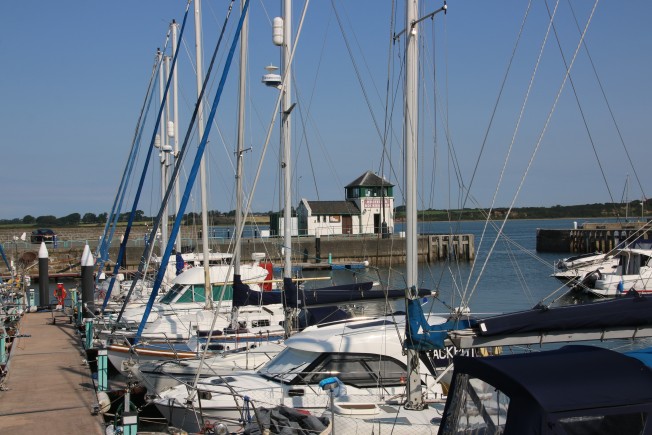