Read and look with caution. This is a virtual section of our coastal trip, with images and blurb taken from Tourist Board and town websites.

These days it is hard to mention Kingsand without including its neighbouring twin village of Cawsand. Until the mid-1800s, the two villages were in different counties with the boundary once marked by a small stream. Today it is difficult to tell where Kingsand starts and Cawsand finishes, but both are firmly within Cornwall. Both villages have a selection of shops and places to eat including traditional pubs.

Kingsand is still something of an undiscovered gem. It has quaint, narrow, cottage-lined streets to rival the likes of Polperro and Port Isaac, whilst still retaining much of its unspoilt charm. 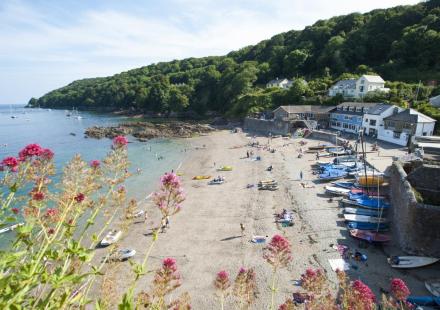 Cawsand has a pleasant east-facing shingle beach, popular with families, with rock pools and inlets, in a sheltered location..

Portwrinkle, is on the western end of Whitsand Bay. There are two sand and shingle beaches with numerous rock pools and a small harbour. Portwrinkle is popular with families and the east beach, known as Finnygook beach, can be used by experienced surfers. There are steep paths down to both. Portwinkle was traditionally a fishing village and the old 17th century walls of the pilchard cellars are still standing, although they have been incorporated into housing.

A wide, straight beach made up of shingle and sand with rock pools at low tide. A sea wall along the back of the beach gives walking access to Seaton to the west. Downderry has a shop, cafe’s and a pub. Parking and toilets in the centre of the village. 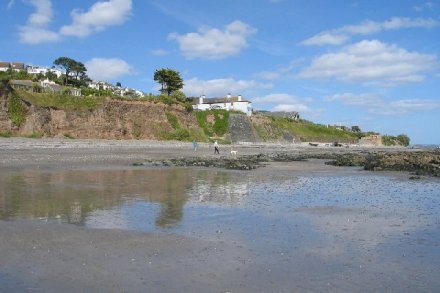 This lovely family beach has a large cafe, shop and parking. It has everything you need for a memorable day out with a large beach of sand and small pebbles located at the entrance to the Seaton Valley Country Park, home to wildlife such as otters, kingfishers, dormice and fritillary butterflies. The beach is very popular with dog owners, shore fisherman and is one of the few beaches in this part of Cornwall that provides good waves for surfing. For the younger ones, they can enjoy paddling and splashing about in the river that runs across the beach. There is also a playground behind the beach. You can also take a gentle stroll along the sea wall to the nearby Downderry beach or there’s a wide path leading up the valley that’s suitable for both walkers and cyclists.

A south facing beach, Millendreath lies at the foot of a wooded valley in a sheltered cove that during low tide has pleasant soft sands and numerous rock pools to explore. However, at high tide the beach mostly disappears. Millendreath is home to what was once a popular holiday village. Open from the 1950s through to the 1990s the resort became outdated and fell into decline. Work is now nearing completion on a regeneration project which has seen a thorough modernisation of the complex and rebranding as the Black Rock beach.

Looe is situated on both sides of the River Looe. The two towns are joined together by a bridge across the river. In medieval times East Looe and West Looe were separate towns. East Looe includes the harbour and the main shopping centre. West Looe is quieter but also has shops, restaurants and hotels. They are joined by a seven arched bridge, built in 1853. This replaced a much earlier bridge from the 15th century and there are still buildings of this period in the town.

It has been a holiday resort for more than 200 years, and has relayed more heavily on the tourist industry since its pilchard canning factory closed in the sixties. It is worth visiting the harbour quay to watch the fishing boats coming in to unload their catches. The arrival of the small fishing fleet is a busy and colourful scene. Local fish can be found on the menus of many local restaurants. The banjo pier is a popular point from which to see the returning fishing trawlers at high tide.