A busy road hugs the beach and runs along the top of the narrow shingle bar, behind which is Slapton Ley, a shallow freshwater lake and a national nature reserve. Situated at the end of Slapton Ley, Torcross, an old fishing village, is now a small resort. At its peak there were 3 hotels and 10 B&Bs hosting the many tourists who visited the area. 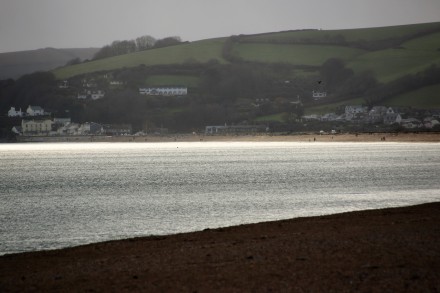 Its proximity to the nature reserve attracts bird watchers and nature lovers. Behind the Start Bay Inn a Sherman tank stands as a memorial to the 749 US servicemen who lost their lives in the bay during WWII. US troops used this area to rehearse for the D-Day landings. These preparations were marred by an incident of friendly fire in April 1944. This was followed by an attack from three German E-boats.

Around the headland there is a traditional, working feel to the small fishing village of Beesands. Crab and lobster fishing remain important. The village consists of a cluster of houses with a church & a couple of eateries.

A small fishing village thrived here. In 1894 shingle from the beach was dredged and used to extend Devonport Dockyard. The full impact of this was only felt in 1917 when severe gales and a high tide combined to take the sea wall, and practically the whole village, into the sea – only one house was left standing on the road leading down to the village. It was owned by Elizabeth Prettyjohn who stubbornly refused to leave, and lived there with her chickens until her death in 1964, aged about 80 years. A few houses, used as summer holiday homes, were built down by the bay. 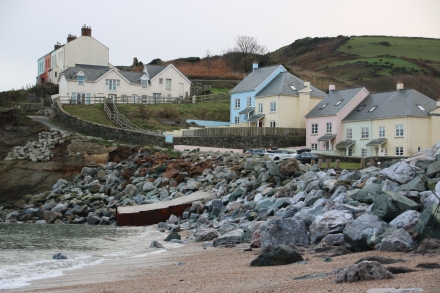 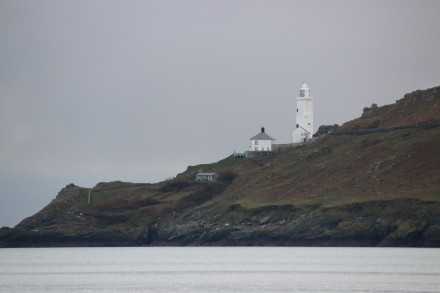 The road now ends at the cliff edge in front of the last house. A broken fence bars the path. There are views over Start Bay with the lighthouse in the distance. But no evidence of the old village remains.

Salcombe itself is sited on the western bank of the Kingsbridge Estuary, which offers protection from the open sea, but it has a long maritime history which includes coastal fortifications at Fort Charles. The town appears in records for 1244. Locals probably made a living from fishing and smuggling. In the 19th century, it was a major centre for shipping in the fruit trade. The waterfront and the sheltered harbour gave rise to boat repairs and shipbuilding. In 1851, there were four sailmakers lofts and three ship smiths in Salcombe. The majority of the Victorian houses were built by owners and masters. 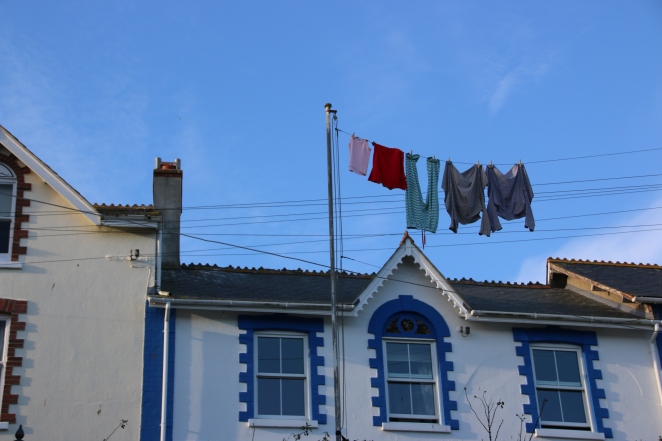 Salcombe developed as a holiday resort and today its narrow streets, its sandy beaches and coves, the safe anchorage and the bars, pubs and unique shops make it popular amongst holidaymakers and sailors.